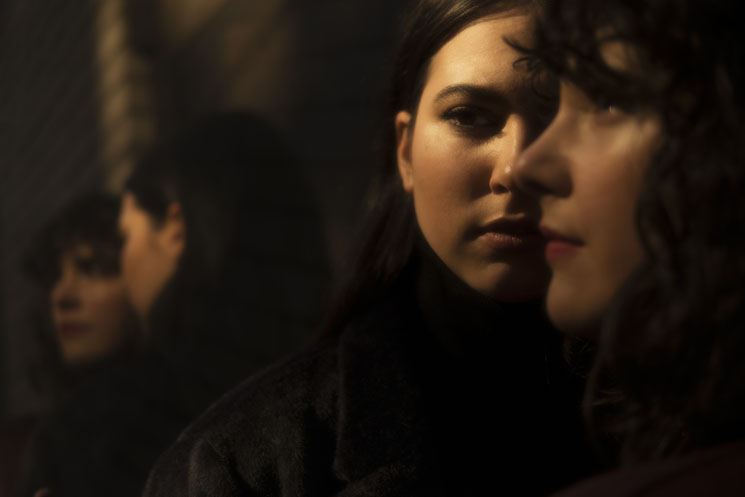 "It was kinda strange when we first showed each other our new stuff," Camille Poliquin admits, regarding the initial moments what would become Milk & Bone's second album. "We spend so much time together, but we don't really share the music that we write."

Having withdrawn to a cabin outside Montreal for five days writing, Poliquin and bandmate Laurence Lafond-Beaulne had discussed making more music, but up to that point, all the work had been done individually — the pair hadn't brought what they'd been working on to each other.

"I think we were both surprised and pleased to see where the other was going," she says. "I felt we were both going into the same direction."

"It's still very intimate, but I think we opened the scope a little more," Poliquin says, "into a reflection onto what's intimate."

That they were intuitively on the same page about where to go illustrates one Milk & Bone's greatest strengths: a certain serendipity to their pairing. Their collaboration began when Poliquin and Lafond-Beaulne both showed up to sing on a mutual friend's album and something just clicked. That enduring connection's led them from their breakthrough debut into a film score — Quebec filmmaker Podz's King Dave, for which the pair earned a Canadian Screen Award nomination — and now Deception Bay.

"I feel like what we have in Milk & Bone, 80 percent that is that we know each other so well," Poliquin says. "I wouldn't trade that for the world."

Deception Bay is out now on Bonsound.