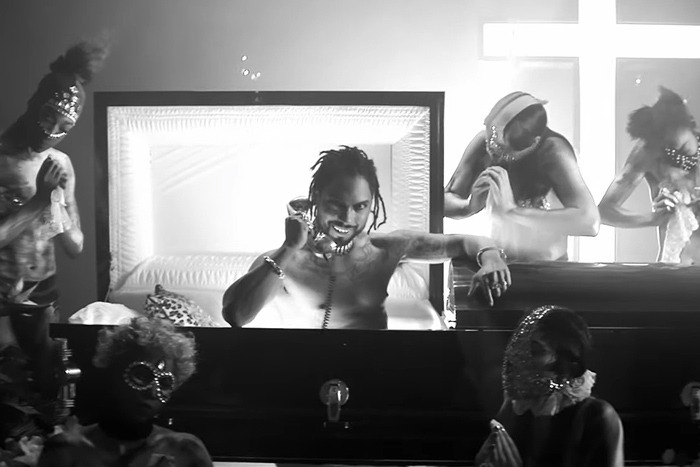 Co-directed by Philippa Price and Nina McNelly, the black-and-white visual opens up with Miguel standing atop a pile of bodies just moments before he’s tied to a mattress. Clearly possessed, Miguel dances demonically along with his co-stars before we see him laying in an open coffin.

“I can’t believe it’s been nearly a year since we filmed this,” said Miguel. “Way before we had any notion of how different our world would be just a couple short months later. Because this is just the beginning of a new, lush chapter in my artistry, what I loved most about working with Philippa is how easily she and Nina took my vision to the next level. They are both beautifully insane and I love that.”