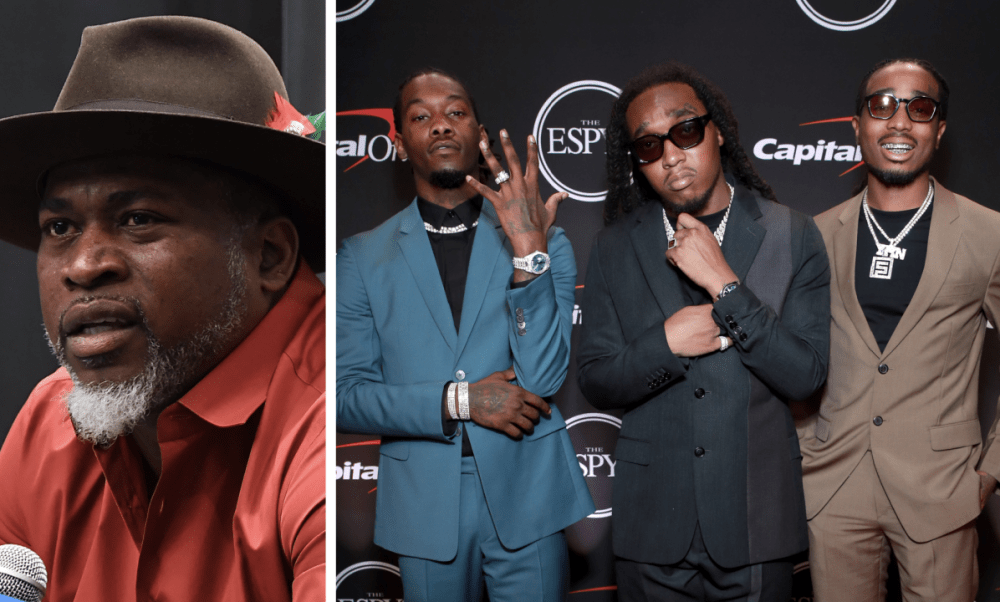 Migos played a major role in Atlanta having another Hip Hop renaissance in the 2010s when they shifted the sound of modern trap and burst through the doors of mainstream Hip Hop around 2016. David Banner, for one, doesn’t think they get their dues and says they have a ton of clones walking around the industry.

Speaking to Hip Hop Uncensored Podcast over the weekend, the Mississippi-bred superproducer claimed Southern artists will pull certain elements from those who came before them, but not even give credit when it works.

“I watched the whole industry jack the Migos style and jack the way that they were rapping,” he explained. “Then get on TV and act like they didn’t rip the boys’ whole style off.”

David Banner continued, “We can’t say, ‘Ay, those folks dope, bro?’ Beats by the Pound did all of the original No Limit music and I personally think those boys should be on the same level as Timbaland and The Neptunes.”

This isn’t the first time Banner has banged his fists on the table demanding the Migos get their respect. Even back in 2016, when the ATL trio was just in the midst of their ascension, Banner called for the group to be given their proper credit.

“I think people should give @Migos their proper credit,” he wrote. “Their style is dope enough to use but you won’t say their names.”

I think people should give @Migos their proper credit. Their style is dope enough to use but you won’t say their names. ✊🏿

While Migos’ members have pursued solo routes and stayed out of the music spotlight since Culture II, which released over three years ago, the seminal Grammy-nominated group is expected to make their highly-anticipated return with the third installment of the Culture series in the coming months.