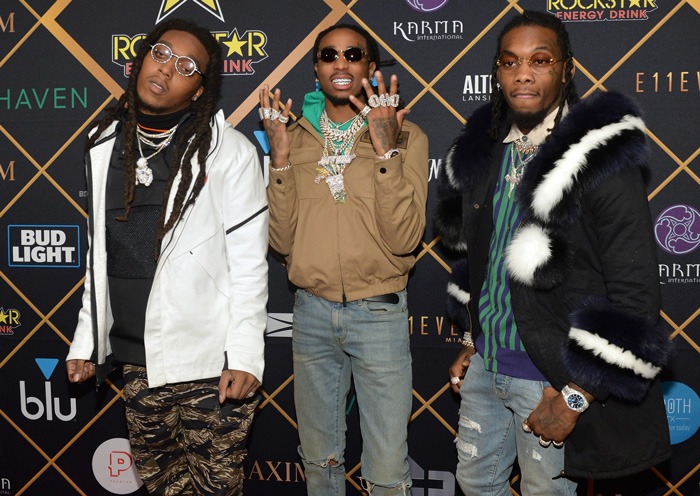 Migos and Quality Control are back on good terms.

The Atlanta trio has seemingly settled their issues with their longtime label following a dispute over the summer involving Migos and their former lawyer Damien Granderson, who they claim “cheated [them] out of millions of dollars.”

In July, Pierre “P” Thomas, CEO and co-founder of Quality Control, responded to Migos’ lawsuit, calling their claims “nonsense” and defending QC’s reputation against the “unfair and unjust” allegations.

“It is unfortunate that the same people that we have worked hard, provided opportunities for, and championed for are now alleging that we have participated in any kind of immoral or unfair business practices or took advantage of them and their careers,” Thomas wrote on Instagram. “I will not stand by and let Quality Control Music’s reputation and everything we have built and sacrificed be tarnished by allegations of unfair and unjust business practices.”

QC The Label Money STILL On The Table 💪🏾

But it all seems to be water under the bridge. Quavo has suggested that the group has settled its beef with Quality Control. On Wednesday, he shared a pair of photos of himself seated in front of the QC logo while holding stacks of cash.

“QC The Label Money STILL On The Table,” he captioned the post.

Thomas responded in the comments with “Dam Right.” Lil Yachty, who is signed to QC, also weighed in, writing, “4Eva.”

Migos is back in the studio readying the long-awaited third installment in their Culture series. “The vibe on the album is more of Culture, and that’s all I should really share,” Quavo told GQ. “We feel good. We feel new and refreshed.”