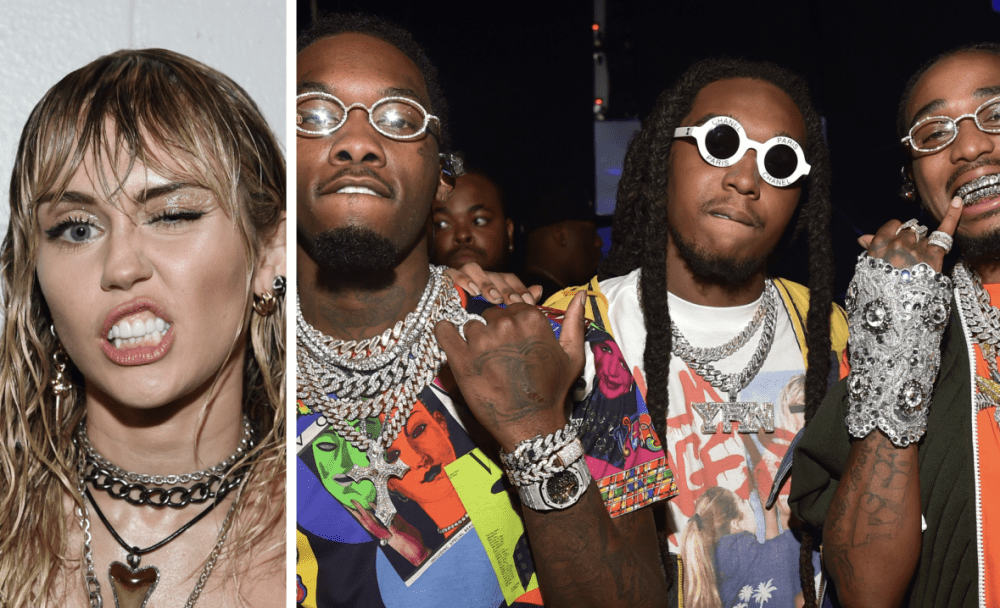 Miley Cyrus celebrated the 15th anniversary of Hannah Montana‘s debut on Wednesday (March 24) by transforming into the Disney show character and thanking everyone involved with the show in a hand-written letter. She also sent the Migos flowers for naming their 2013 Y.R.N. mixtape hit after “Hannah Montana,” which she was a huge fan of.

Quavo and Offset reposted the colorful bouquet to their Instagram Stories, with the note reading, “I [love] your song about me! Keep rockin’ – Love, Hannah Montana.”

Hannah Montana debuted on March 24, 2006 and culminated after four seasons in 2011. Cyrus was playing the role of a typical teenager in Malibu who also had a double-life moonlighting as a pop star. The Disney show put a young Cyrus on the map and played a huge role in her ascension.

“Dear @HannahMontana, I still love you 15 years later. #HMForever,” she captioned the hand-written letter directed to her 2000s alter-ego.

The Migos version shouting out “Hannah Montana” is actually a nickname for drugs and appeared on their Y.R.N. mixtape in 2013. The Atlanta natives still perform the track at concerts and it served as the opener during a lot of nights for Migos on the Aubrey & the Three Migos Tour with Drake in 2018.

Migos are currently finishing up their highly-anticipated Culture III album and were recently spotted cooking up another hit in the studio with DJ Khaled for his Khaled Khaled album earlier this week.