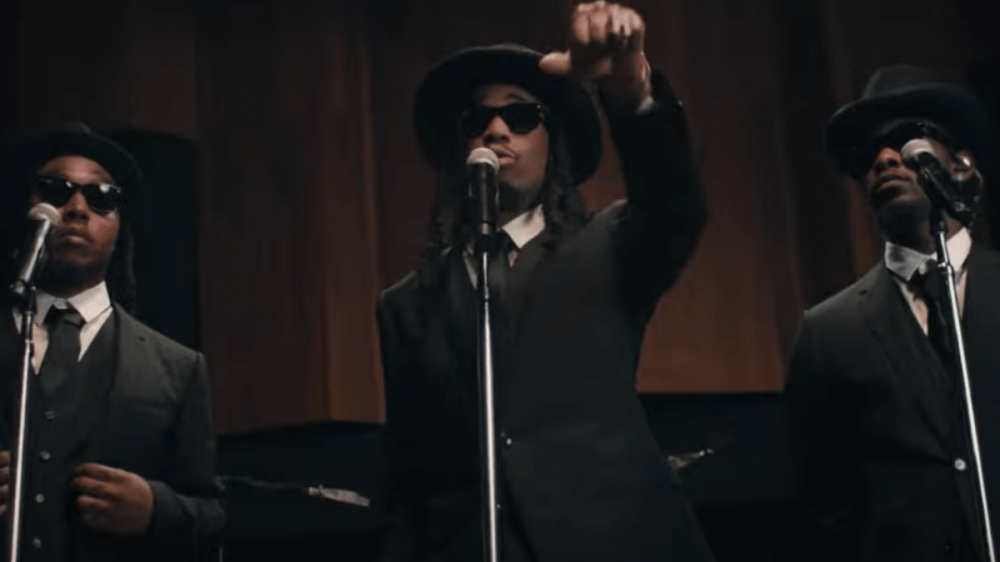 The Migos are ready to make their long-awaited return with Culture III on Friday (June 11). Before the album officially arrives, the Atlanta trio made an appearance on The Tonight Show as the musical guest on Thursday (June 10) where they debuted a new album cut titled “Avalanche.”

The track finds Migos being more experimental with their flows while the single also features an interpolation from the Temptations’ “Papa Was a Rolling Stone.”

As for the performance, which was backed by a horn section, the Atlanta natives took things to the 1920s with their vintage ensemble resembling that of a 1920s mobster. Quavo, Offset and Takeoff all rocked matching black suits with fedoras and sunglasses as well.

“Papa was a rollin’ stone, but now I got rollin’ stones in the bezel/Mama at home all alone, hustlin’, tryna keep this shit together (Mama)/Young n-ggas smokin’ on gas, I’m livin’ too fast, my foot on the pedal,” Quavo raps to kick off the tune.

“Avalanche” serves as the final taste of the album for fans until it’s go-time. The cut — which is now on streaming services — is produced by Quavo and DJ Durel alongside Quality Control executives Pierre “Pee” Thomas and Kevin “Coach K” Lee.

Looks for the rest of C3 at midnight ET with guest appearances slated for from Drake, Polo G, Juice WRLD, Cardi B, Future and Pop Smoke. Fans can shop the Culture III merchandise collection now as well.

Listen to “Avalanche” below.