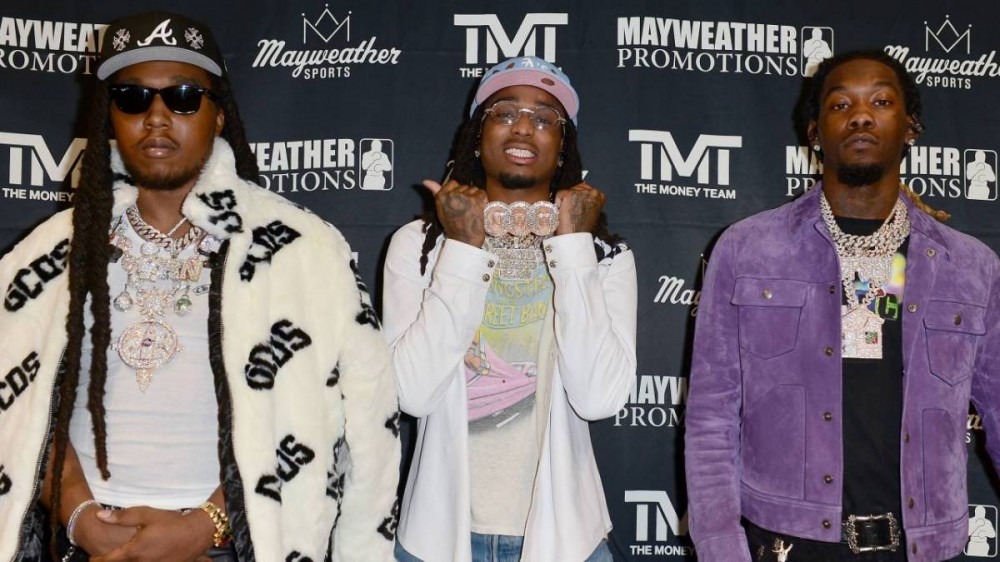 The Migos made their return on Friday (June 11) with Culture III and fans couldn’t wait to get their opinions of the project off on social media. The often forgotten Migo, Takeoff, looks to be getting his respect from the Hip Hop crowd for his performance across the star-studded LP.

In an album that features Drake, Future, Polo G, Juice WRLD, Cardi B, NBA YoungBoy and Justin Bieber, it was Takeoff — Quavo’s nephew — that seemed to be having the flowers thrown his way and emerging as one of the early big winners.

Akademiks — a noted Migos superfan — was even impressed with Takeoff’s flows on Culture III.

“8 TRACKS In to the MIGOS album.. TAKEOFF done dropped 40 POINTS EVERY TRACK,” he wrote.

8 TRACKS In to the MIGOS album.. TAKEOFF done dropped 40 POINTS EVERY TRACK…

RapRadar podcast host Elliott Wilson also gave Takeoff the crown for his effort on album opener “Avalanche.” Just mere hours after the C3‘s arrival, an array of memes were born showing Takeoff love for his performance across the album.

“People are finally realizing that Takeoff is the best rapper in the Migos,” another fan said.

People are finally realising that Takeoff is the best rapper in the Migos pic.twitter.com/30hKKlSHTA

Takeoff was second in line for Migos solo albums behind Huncho, as the 26-year-old unleashed The Last Rocket in November 2018.

Culture III arrives over three years since 2018’s second installment. Looking for their third consecutive No. 1 album, the Migos will compete against Polo G’s Hall of Fame for the top spot. There’s no beef at all, as the Chicago native appears on C3 and shouted-out the ATL trio.

Find the best responses to Takeoff’s performance below.

Me saying Takeoff the best migo since 2013 : pic.twitter.com/Qn9QIXG3sp

I remember I used to get destroyed for saying Takeoff the best Migo… now look at y’all pic.twitter.com/cBFPXHJGKm

21 savage coulda banged on this album (culture 3) but we grateful tho. Takeoff outchea doing the Lord’s work🤲🏽 pic.twitter.com/2VN5ncMfyW

Flex my boy, go head you done earned that pic.twitter.com/ARV91vcbnv

Everybody realizing Takeoff is the best Migos member pic.twitter.com/WWSmsh3edA

Drake , Quavo , Offset , Takeoff on “Having our way”

why are we still arguing when this shit been settled. Takeoff is the best migo, end of discussion.pic.twitter.com/yVGqUZwPQh

Takeoff lowkey turning into my favorite Migos member but it’s hard cause Offset still be doing his thing. Atleast we can agree that Quavo is the worst lol

Takeoff after every Migos album: pic.twitter.com/hRvtloQmt6

Takeoff finally getting the credit he deserves pic.twitter.com/kirHqX9Z1C