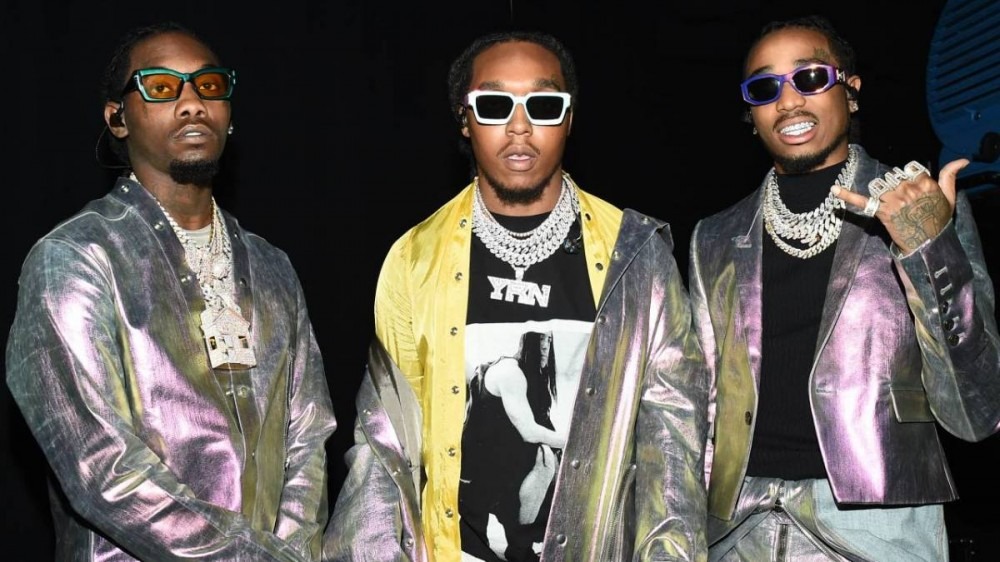 Migos’ new album Culture III has debuted at No. 2 on the Billboard 200 chart behind Polo G’s Hall of Fame, Billboard reports.

With the trio projected to debut at No. 2, they released a deluxe version of Culture III on Thursday (June 17) featuring five extra songs, “How We Coming,” “How Did I,” “New Money,” “Menace” and “Working a Fool,” in attempt to boost it to No. 1. Despite not managing to top the chart, the LP marks Migos’ third album to reach the Billboard top two, following Culture and Culture II both reaching No. 1 in 2017 and 2018 respectively.

Polo G’s Hall of Fame ended up leading the Billboard 200 with roughly 143,000 total album-equivalent units, consisting of 124,000 SEA units, 18,000 album sales and 1,000 TEA units. Both Hall of Fame and Culture III were significantly discounted at digital retail during the week, resulting in Polo G and Migos having the second and third biggest weeks for Hip Hop album sales in 2021, behind only J. Cole’s The Off-Season.

Even though there was a battle for No. 1, there should be no hard feelings with Polo appearing Culture III song “Malibu.”

Aheaad of Migos’ Culture III dropping, Quavo described the album as “greatness” during an interview with Complex.

“The greatest album of this year,” he declared. “The greatest album of the summer. It’s back open. I feel like this album going to open up the world. We’re having fun and smiling again, you know what I mean? Everybody’s been hurtin’, and going through this pandemic, and losing loved ones. I feel like this is a breakthrough. This is the sonic boom to the new life and new world that we live in.”

He added, “We’ve been going through this pandemic for like a year and a half. So, we’re coming back with Culture III. We haven’t dropped any music in three years. The year that we was going to drop, the pandemic hit. So I just feel like it’s a breath of fresh air.”