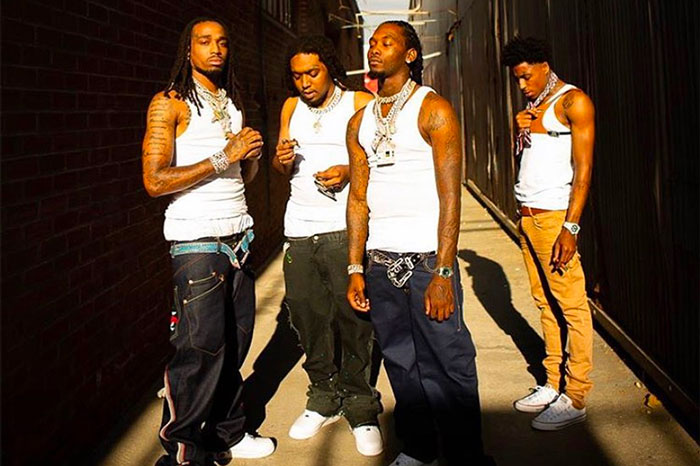 After a slight delay, Migos teams up with YoungBoy Never Broke Again in the video for their latest single “Need It.”

The Atlanta trio pays homage to the 1996 cult classic Don’t Be a Menace to South Central While Drinking Your Juice in the Hood. Offset channels Marlon Wayans’ drug dealer character Loc Dog–complete with a condom and pacifier in his hair–while riding in a lowrider with NBA YoungBoy. Quavo shows off his ’90s drip in yellow overalls and cozies up to a red-haired Saweetie on the back of a bike, while Takeoff posts up at a pool party with Huncho.

“Need It,” which samples 50 Cent’s “Get In My Car,” arrives ahead of the third installment in Migos’ long-awaited Culture series, which may no longer be titled Culture III.

“Ever since ‘Bad and Boujee’ went No. 1 and then we dropped Culture and Culture II, I’ve heard the word culture so much,” Offset told GQ. “As artists you challenge yourself–you have to keep moving forward. So I’ve been thinking of a plan to make something as powerful or more powerful [than Culture].”

NBA YoungBoy is also gearing up to drop his new album Top on Sept. 11. It will reportedly feature his Mike WiLL Made-It-produced collaboration with Nicki Minaj.