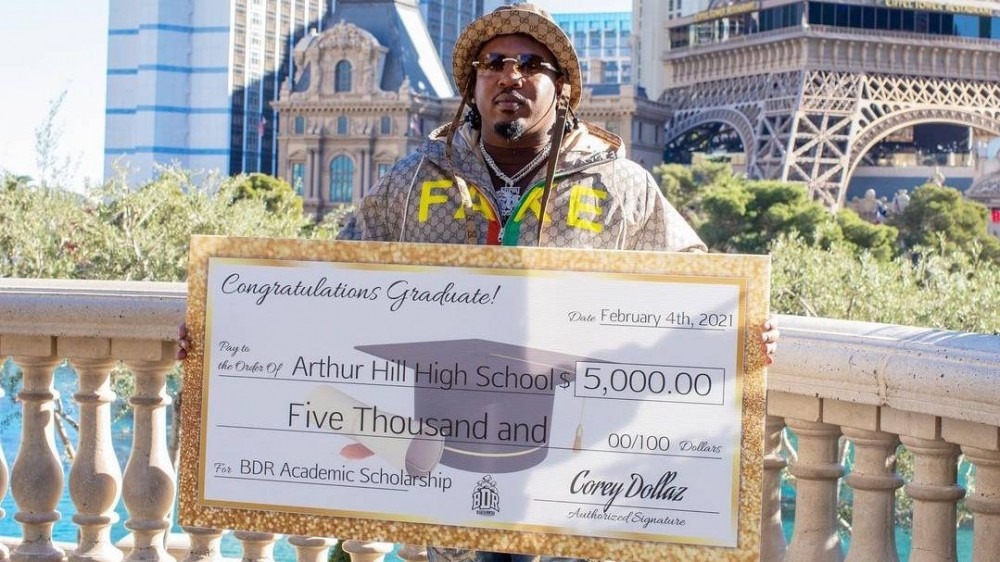 Despite getting good grades when he was younger, Dollaz dropped out of high school after education took a backseat but later got his GED and studied at Delta College. Speaking to MLive, Dollaz described the lack of encouragement he had as a kid and wanted to help others with not just a financial contribution but also a scholarship.

“It wasn’t necessarily ‘cool’ to go to school, we didn’t have the people that we looked up to or the people that was influential instructing us, ‘Hey, school can be a stepping stone to something greater,’” Dollaz said. “I kind of realized that and I said, ‘You know what, when I get a position, not only am I gonna give back to the school, I’ma make sure it’s an academic scholarship.’”

The donation didn’t come without issues along the way. Dollaz announced a donation was made on February 4 via social media, but the school was forced to put out a statement on March 3 saying they hadn’t received the payment yet. Dollaz — who’d never made an academic donation before — explained how the school was required to speak out due to financial transparency.

Dollaz met three seniors during his visit to the school, with principal Martha Fordham hoping his act of kindness will inspire students to give back in some form in the future.

“I hope all of our students feel that responsibility to give back to their community when they are able to come back, even if it is just to offer advice or to share their experiences,” Fordham said. “I think for our students, it helps to know people who’ve been where they are, and then they hear the success stories or even hear some of their challenges, they can take that and learn from that.”

The now Las Vegas-based Dollaz has also been in the company of a Grammy Award-winner producer in 2021. In January, Dollaz posted a video of himself with Zaytoven at Patchwerk Recording Studios in Atlanta.