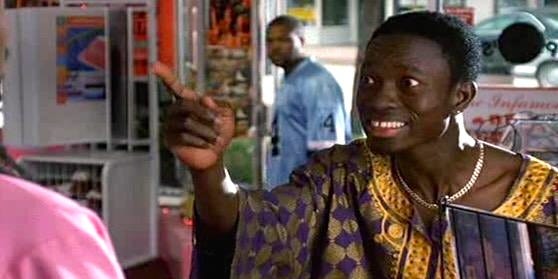 Earlier this week, Ice Cube defended himself after fans questioned how he paid his actors in the 1995 film Friday. Also defending Cube is comedian Michael Blackson who stated he became who he is today for his cameo appearance in Next Friday.

“@icecube is not to blamed for us getting paid so little it’s the film industry’s pay scale,” Michael Blackson said on Twitter. “I got paid $800 a day when I did Next Friday plus overtime I made $1200 for my one day’s work of ‘I can’t get giggy with this shit.’ Thanks to next Friday I became the biggest African comic.”

And then the jokes came in, “When I film my movie I’m paying new actors in food and coochie, that’s my minimum wage modasucka.”

On Tuesday, Faizon Love, who played Big Worm, stated that he was only paid $2,500 for his role. Speaking with Comedy Hype, Love stated he was offered double to bring the role back but denied the offer.

A fan hit Twitter and accused Ice Cube of “robbing” actors, leading to a reply from the music and film legend.

Cube would also address that Chris Tucker didn’t return due to money.

“We were ready to pay Chris Tucker $10-12m to do Next Friday but he turned us down for religious reasons,” Cube wrote. “He didn’t want to cuss or smoke weed on camera anymore.”

Faizon Love would also chime in:

Earlier this year, Chris Tucker highlighted the reasons he didn’t return, which align with Cube’s reasoning.

Back in January, Tucker revealed he was only paid $10,000 for his role in the film. “It’s one of those things —it was just a small movie. We filmed it in 20 days. I got about $10,000 for it or whatever, I didn’t care. I wanted the opportunity,” he told Shannon Sharpe on his Club Shay Shay podcast.

“It was that small of a movie, but that was the beauty of it. It allowed me to get into character. It wasn’t no big distractions like big movie sets. You got light people and sound people and everybody wanna be a star. But that movie was just a camera and me and Cube on the porch. Magic came out of it, thank God.”