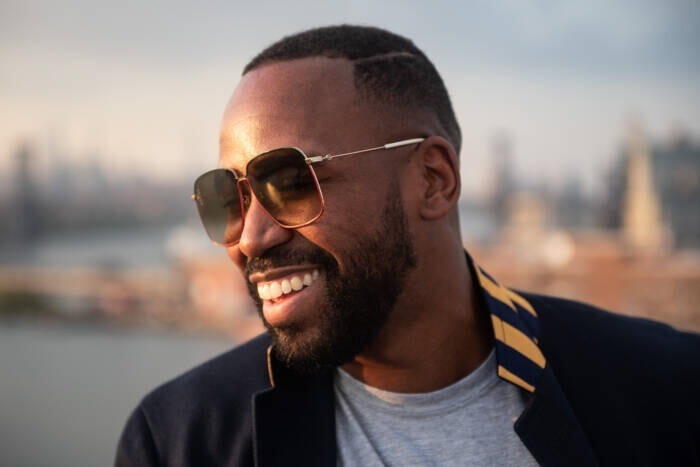 Michael King is the founder and CEO of iPullRank, an NYC-based Marketing agency “behind Fortune 500 winning strategies”. Before his success as a business exec, King was an exciting new up-and-coming rapper alongside labelmates Jean Grae and Fall Out Boy in the early aughts. After a decade-long hiatus from music and about twelve years in the boardroom, King’s career came full circle when his two world’s collided on the iCONIC EP. Reclaiming his title as the “Mic King“, his new lifestyle and identity are channeled on the EP’s standout “Build”, a manifesto of quintessential “CEO rap”. Today (7/14/2022), King shares the song’s Darren Talent-directed music video.

“With the pandemic, the gig economy, and the Great Resignation, a lot of people are redefining the American dream and becoming their own boss. “Build” taps into that directly by reflecting on my experiences as an entrepreneur growing my digital marketing agency iPullRank. I’m taking a moment to turn my eight years of building my business into an anthem for those that are doing the same thing. The song is also an “I see you” moment to remind other builders that it’s not always easy, sometimes it’s downright lonely, but if you keep hustling it’s very rewarding, so keep going. At the end of the day, we’re all a product of the choices made by generations past, and I’m no different. During the Great Migration, my grandmother moved from South Carolina to Philly to create a better life for herself and her descendants. So, Build is also a song where I recognize my position in creating generational wealth within a black family and taking a moment to celebrate it. As a polymath, I also exist at the convergence of a lot of disciplines, so Darren Talent and I integrated my onstage marketing conference performances with the music. I wanted it to be very clear that I’m not one of those guys you see on YouTube selling you info-products, I’m really out here doing this. ” – Mic King