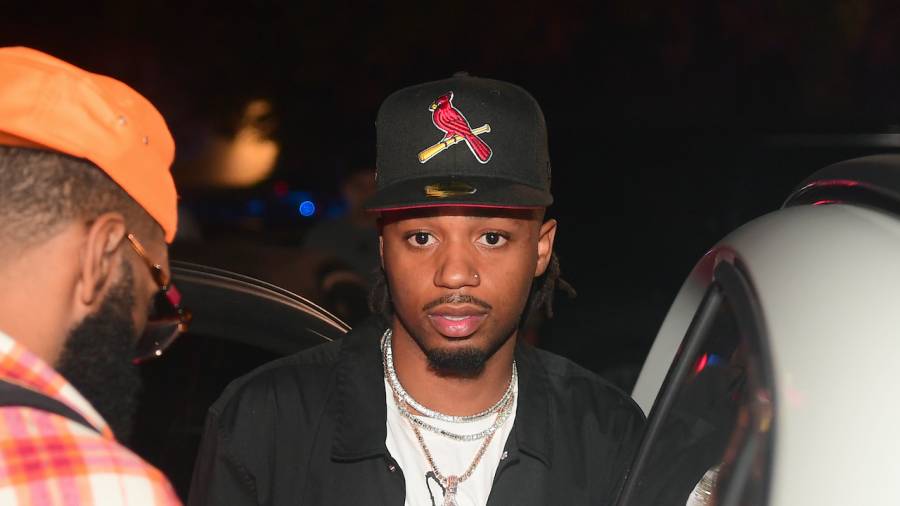 Metro Boomin has worked with some of the biggest rappers and producers in Hip Hop, but he doesn’t let just anyone into the studio. There are strict rules every collaborator must follow.

The producer took to his Instagram Stories on Tuesday night (January 19) to share a sign from his studio door, which outlines everything banned from recording sessions. Phones and cameras are on the list of items not allowed, along with a few other more specific things written underneath.

Not only that, but Metro Boomin also applied braille to the sign in order to help those who are blind stick to the rules.

The specific requirements are reminiscent of Top Dawg Entertainment’s studio, which ScHoolboy Q shared in 2017. In order to work with Kendrick Lamar, Jay Rock, Ab-Soul and the rest of the label, it was revealed guests must stay off Twitter and Instagram, be able to take a joke, keep away from Q’s weed and “shut up and look ugly for the homies.”

2017 goals: shut up and look ugly for the homies pic.twitter.com/D2AN3olgLW

Metro Boomin was nominated for HipHopDX’s 2020 Hip Hop Producer of the Year following the release of Savage Mode II, his collaborative album with 21 Savage which featured Drake, Young Thug and Young Nudy, along with narration from legendary actor Morgan Freeman.

Instead of following the deluxe album trend, the rapper-producer duo decided to release a chopped not slopped version of the project courtesy of Houston’s OG Ron C and The Chopstars. Metro admitted he was fed up with the trend of artists boosting sales by adding an album’s worth of tracks to the original set.

“Chopped up not slopped up tonight paying homage to the OGs and classic hip hop,” he said at the time. “That deluxe shit burnt out #RIPDJSCREW.”

It remains to be seen whether the trend will continue in 2021.