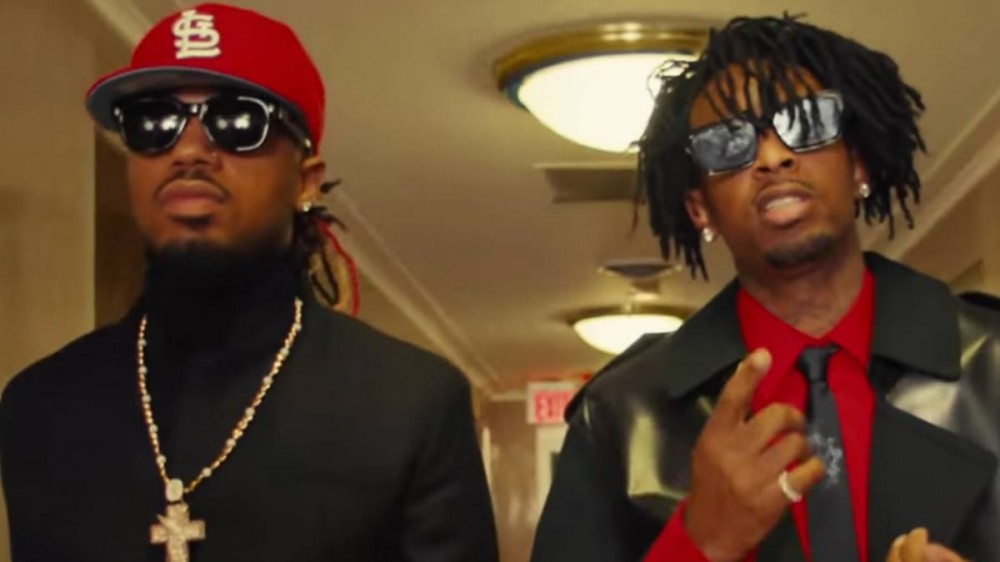 21 Savage and Metro Boomin are a force to be reckoned with whenever they drop music together. Fans have been asking for a new project between the two, specifically, the sequel to their 2017 effort with Migos member Offset, Without Warning, which Metro Boomin entirely produced. But it seems like it could be happening.

Earlier this week, 21 Savage took to his Twitter to announce he’s ready to drop another album. The only problem is that he’s looking for someone to send him music.

“I wanna drop an album so bad I just need the music,” 21 Savage tweeted.

Metro Boomin saw the tweet and decided to throw his name in the mix with a retweet of gif showing a man smiling from ear to ear. 21 saw the response and got the conversation going for a collaboration.

“@MetroBoomin I see you making beats on podcasts can you send me some,” 21 Savage asked, referring to the superstar producer creating a beat on the spot during his visit to the Million Dollaz Worth Of Game podcast.

Let’s run thru a quick 20 then https://t.co/iozWuUF3Hz

The Twitter exchange had fans buzzing with excitement in the comment section, hoping to see the sequel to Without Warning.

“Mfs warning us before dropping without warning 2,” someone wrote in response to Metro’s tweet.

Another person said, “WITHOUT WARNING 2 PLEASE.”

mfs warning us before dropping without warning 2

A fan even threw Savage Mode III into the mix, tweeting, “Without warning 2 or savage mode 3 Idc which it is I need it.”

21 Savage, Offset and Metro Boomin dropped Without Warning unexpectedly on Halloween 2017. The album debuted at No. 4 on the Billboard 200 and had six songs chart on the Billboard Hot 100, led by “Ric Flair Drip,” which peaked at No. 13.

Metro Boomin also recently announced the sequel to his debut album Not All Heroes Wear Capes earlier this month. While celebrating the one-year anniversary of Savage Mode II, shared a photo of him standing in the studio with the title Heroes 2 scribbled on a whiteboard in the background.

Check out the video for “Ric Flair Drip” below.