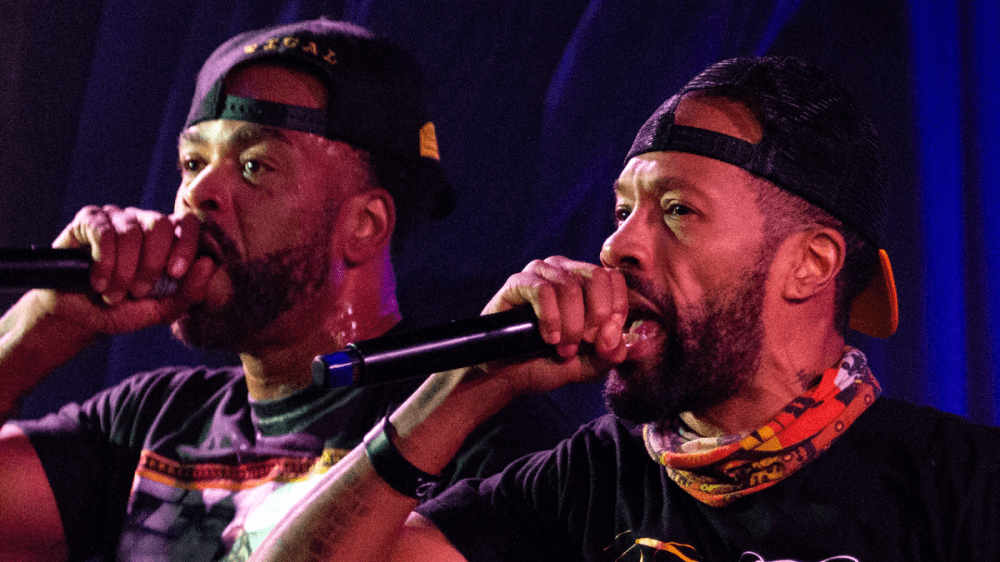 Newark, NJ – Method Man and Redman surprised fans during a stop on Wu-Tang Clan and Nas‘ N.Y. State of Mind Tour this week.

The iconic East Coast duo appeared on stage together on Tuesday (September 13) at the Prudential Center in Newark, New Jersey, performing their classic song “Da Rockwilder” from 1999’s Blackout!

Meth also joined the rest of Wu-Tang Clan for “Wu-Tang Clan Ain’t Nuthing ta Fuck Wit” and “M.E.T.H.O.D. Man,” with DJ Premier posting a video from the concert on Twitter.

@methodman pulled up to the @WuTangClan @Nas @BustaRhymes @DJScratch Newark, NJ Show!!!” the legendary producer wrote. “Shout to my man Lauggo showing me the proof!!!”

Earlier in September, Method Man explained he wasn’t able to join them due to his thriving acting career. “I fucking love Wu-Tang, wish I could have been on that tour with them,” he said. “The booking came at a bad time – I was already booked to do a movie.”

Wu-Tang Clan and Nas are set to perform in Virginia Beach on Wednesday (September 14) before heading to Charlotte, Atlanta, Houston, Austin, Dallas, Phoenix, Oakland and Los Angeles, where the tour wraps up on October 4.

Public Enemy’s Flavor Flav previously joined Nas on stage during their Michigan stop. Check out more clips from the Newark show below:

Tonight was a great night I got to see my baby daddy Method Man also my best friend redman I hung out with my husband and his brother and now I’m eating cereal and I’m going to sleep 😴.. pic.twitter.com/QrjqZ4dLav