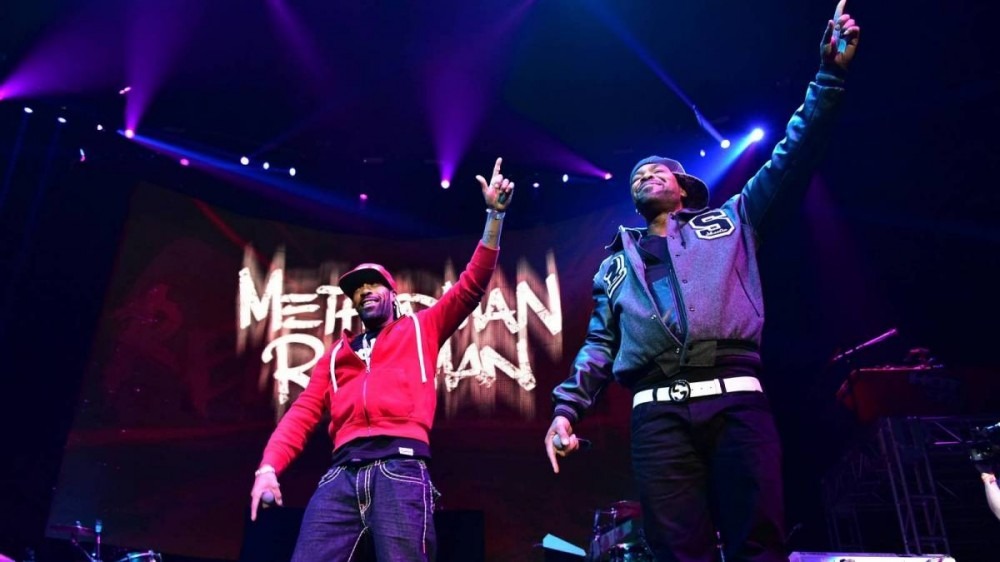 As scheduled, Method Man and Redman participated in a special “How High” Verzuz event on Tuesday (April 20), the international weed smoker’s holiday.

With DJ Scratch on the 1s and 2s and a vibrant graffiti mural behind them, the seasoned Hip Hop vets sailed through 20 rounds of songs while putting their innate chemistry on display for their roughly 171,000 viewers.

During the nearly three-hour set, they brought out a slew of special guests, including Wu-Tang Clan’s RZA and Inspectah Deck and Lords Of The Underground’s DoItAll.

But it was the in-between banter that really showed where Method Man and Redman’s hearts lie. When it came time for Redman to perform Phife Dawg’s new posthumous single “Nutshell 2” featuring Busta Rhymes, two photos of the late A Tribe Called Quest legend popped up on the screen as he murdered the mic and promised to keep his legacy alive.

DJ Scratch then encouraged everyone to help “Nutshell 2” go gold by going to iTunes and buying the song (possibly forgetting 10 streams equals a purchase).

Next up, Method Man and Redman paid homage to the late DMX who passed away at White Plains Hospital on April 9 following a catastrophic heart attack. In the wake of his death, Hip Hop has come out in droves to show their support for the Ruff Ryders legend — and Tuesday night was no different.

“The type of relationship myself and Doc had with DMX … we ain’t gonna drag this shit out,” Meth said. “We just wanted everybody to put they X’s up. We don’t want emojis, none of that shit. If you in your house, put them X’s up for X.”

DMX forever and even after that! 🙏🏿🕊 #VERZUZ pic.twitter.com/ox4JP43nwS

Elsewhere during Method Man and Redman’s set, they also gave a little shout out to former Bad Boy Records rapper Black Rob who also died on Saturday (April 17) from a reported heart attack.

To bring the event to a close, the duo brought out out legendary producer Rockwilder to perform their final song “Da Rockwilder” off their 1999 album Blackout!. The explosive, unforgettable track put a cap on a spirited evening where Hip Hop in its purest form was heavily represented — just as it should’ve been.