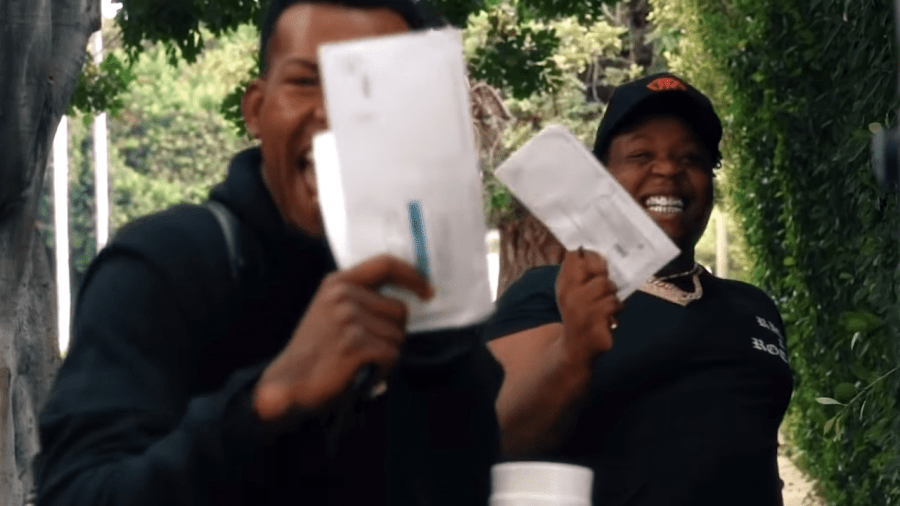 Los Angeles, CA – A Memphis rapper who gained viral fame for a video about making money from an unemployment scam, was arrested on Friday (October 16) for allegedly swindling the government out of $1.2 million.

Nuke Bizzle, a 31-year-old who currently resides in Hollywood, was arrested on September 23 in Las Vegas and was found to be in possession of eight EDD debit cards, seven of which were in the names of other individuals, according to court documents.

He released his viral single and video “EDD” on September 11, flashing EDD envelopes and holding up stacks of cash. In the description of the video, the rapper alleges all of the items seen in the clip were props. He raps, “Unemployment so sweet, we had $1.5M land this week.”

The Memphis native is alleged to have exploited the Pandemic Unemployment Assitance provision of federal coronavirus relief which was supposed to expand unemployment benefits to freelance workers and those who participate in the gig economy.

A federal investigation into Nuke turned up 92 EDD debit cards, preloaded with more than $1.2 million in fraudulently obtained benefits mailed to addresses the rapper had access to in Beverly Hills and Koreatown. Investigators claim the rapper and his co-schemers allegedly used the cards to withdraw or spend more than $700,000.

He’s been charged with access device fraud, aggravated identity theft and interstate transportation of stolen property. He faces a maximum sentence of 22 years in federal prison if convicted.

Nuke isn’t the only artist to have been caught in scamming government funds during the pandemic. In May, Love & Hip Hop: Atlanta star Mo Fayne was charged with deceitfully obtaining a small business loan mean for COVID-19 relief. He used the money to pay off personal debts, child support, jewelry, a 2019 Rolls-Royce Wraith and more.

Watch the video to “EDD” below.