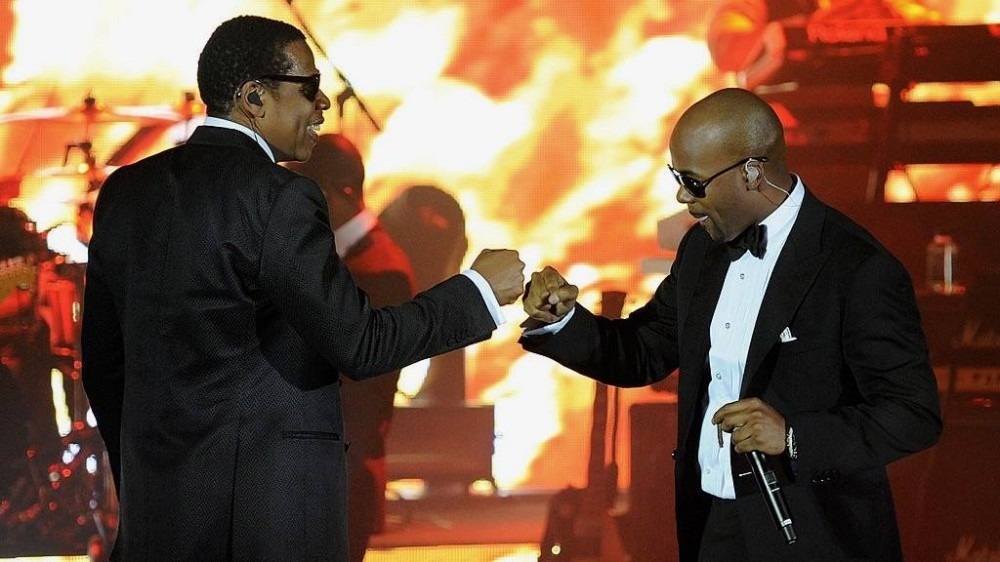 Memphis Bleek has recalled the time JAY-Z offered him $2,000 to stop hustling and start a rap career.

During his appearance on The Justin Credible podcast, Memphis Bleek said Hov pulled up on him in his brand new Lexus while he was still drug dealing in the projects and saw that he had potential to do better.

“I’m in the building hustling. And I swear I’m getting money, and he pull up, you know, Lexus, you know, they got their jewels on,” Bleek explained. “He was like, ‘Man what are you doing over here?’ I’m like, ‘I’m getting that money man, you kidding me?’ I’m in the building, this my strip. This is what it is. And this is my building where we live at so he like, ‘Word? Let me see what you got.’”

Memphis Bleek said he took that as an invitation to show Jay his supply, so he handed him a pack of drugs worth $1,000.

“See in the projects we had an incinerator where it was like a trash shoot but for the whole building…and you threw anything in there there’s no retrieving it, it’s over, just consider it gone,” he recalled. “He threw my pack in the incinerator. Like this, ‘Yo man, don’t let me catch you hustling like this.’ So now I’m like wait a minute: that’s a G-pack fam. You just threw $1,000 away. He gave me two grand and he was like, “Man for you I see bigger things.’”

Memphis Bleek and JAY-Z would go on to have an incredibly close relationship. He was the first artist Hov ever signed to Roc-A-Fella Records, with his first appearance being on Reasonable Doubt fan favorite “Coming Of Age,” which would later be the title of his solo debut record. From there, Bleek would appear on several JAY records, and lead a fruitful solo career of his own.

Elsewhere in the interview, Bleek ruminated more on JAY-Z’s legacy, and even shared his thoughts on a years-old debate that consumed hip-hop in 2001 and the years to follow: Did Eminem actually wash JAY-Z on his own song, “Renegade?”

Rap fans and even Nas at the time claimed Em lyrically crushed Hov on the Blueprint cut, but Bleek believes Jay’s bars have aged better than Slim Shady’s

“Everybody, of course, I feel like certain songs Jay record be over people head, like it’s not at that time,” Bleek said. “To me, the streets and everybody, the public opinion of course says Eminem, right? At that time. Go back and listen to that record today, I bet you you’re gonna agree it’s Jay. Because, you know, Jay was talking something that was so far [ahead] of what you even understood or comprehend that you didn’t know what he was talking about.”

Watch the full interview above, with the JAY-Z story being told around the 16-minute mark.