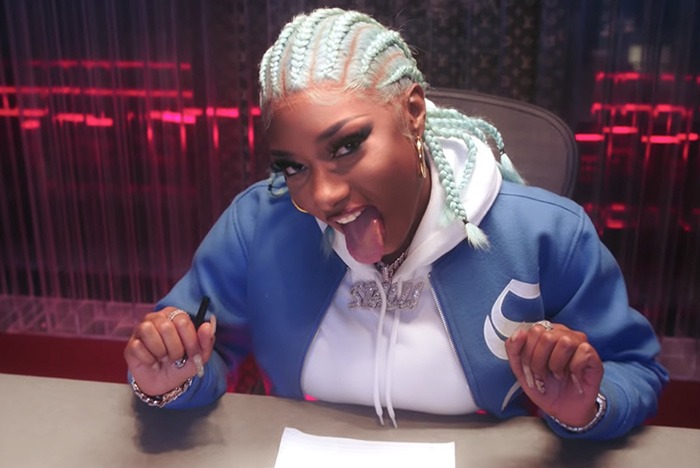 Hot off the release of her new project Suga, Megan Thee Stallion commands the screen in the video for “Captain Hook.”

Directed by Megan, the visual finds the Hot Girl recording the track in the studio with her closest friends. She twerks in the booth while rapping along to the raucous cut before inviting more of her Hotties to the session. The party continues as the commander lets them drive the boat and turn up.

Co-produced by LilJuMadeTheBeat and Megan, “Captain Hook” is a standout off Suga, showcasing Megan’s hard-hitting rhymes over an 808-laden instrumental. “Hot girl summer, I ain’t fu**in’ with no drama,” declares Meg.

Suga, which also features collaborations with Kehlani and Gunna, is expected to debut in the top 10 on the Billboard 200 with 37-42,000 equivalent album units.

The EP was released to hold fans over as Meg prepares her debut album. She was also set to bring “Hot Girl Summer” to Coachella next month, but the party will now have to wait until October.