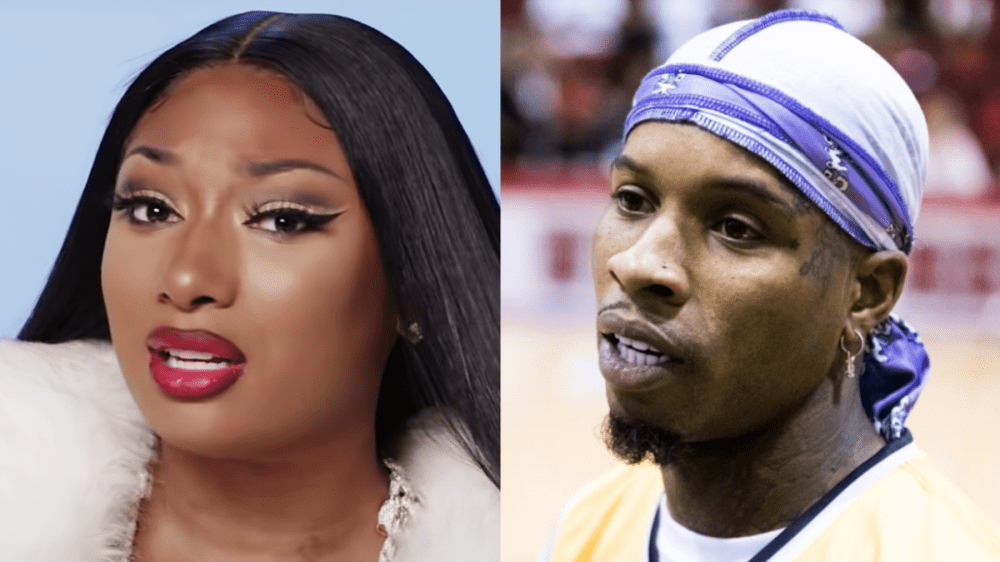 Megan Thee Stallion and Tory Lanez‘s criminal trial has been delayed once again.

According to Rolling Stone, the trial — in which Lanez is accused of opening fire on Megan and wounding her in both feet while yelling “dance, bitch” in July 2020 — was pushed back on Wednesday (September 14) when it was set to begin. It will now start between November 28 and December 8.

Judge David Herriford granted Lanez’s request for delay due to his defense lawyer, Shawn Holley, being busy with the arbitration of Los Angeles Dodgers pitcher Trevor Bauer, who is entangled in a legal battle with his alleged sexual assault victim. He’s also representing actor Danny Masterson in his serial rape trial set to begin on October 11.

Tory Lanez appeared for the hearing in Los Angeles, California on Wednesday before eyewitness Kelsey Harris was brought in, with the judge ordering her to return on December 9 under a subpoena from prosecutors.

Kelsey Harris leaving courthouse after she was ordered to return Dec. 9 as witness called by prosecutors in Tory Lanez felony assault case. She was in SUV with Tory and Megan Thee Stallion. Prosecutor estimates jury selection will start Dec. 5. pic.twitter.com/u7bVdrCseb

Harris — Megan Thee Stallion’s former best friend — was in the car with Megan and Lanez on the night of the alleged shooting, but has remained quiet about the case. She must now remain on stand-by as a possible witness after jury selection, which is set to begin on December 5.

“They’re keeping their options open,” defense lawyer Lou Shapiro said about the subpoena. “One way or another, they believe she could be beneficial to their case.”

When TMZ asked Tory Lanez how he was feeling about the trial, he said he was “chilling.”

Megan The Stallion recently claimed Harris accepted money from Lanez after the assault, saying she met up with him at a hotel two days later while she was in the hospital.

“I’m like, ‘Kelsey, as my best friend, why would you meet up with the person you saw shoot your best friend?’” she said in her Rolling Stone cover story in June. She alleged Harris said she felt her “back was against the wall” and “didn’t know what to do.”

Megan added: “What the fuck do you mean your back is against the wall? You’re the only person in this situation that would clear this up for me.”

According to Megan, Tory Lanez told Harris, “Oh, thank you for not saying nothing. Now let me invest in your business. Let me do this. Let me do that.”

The L.A. County D.A.’s Office charged Lanez with a felony count of assault with a semiautomatic firearm and one count of carrying a loaded, unregistered firearm in a vehicle in October 2020.