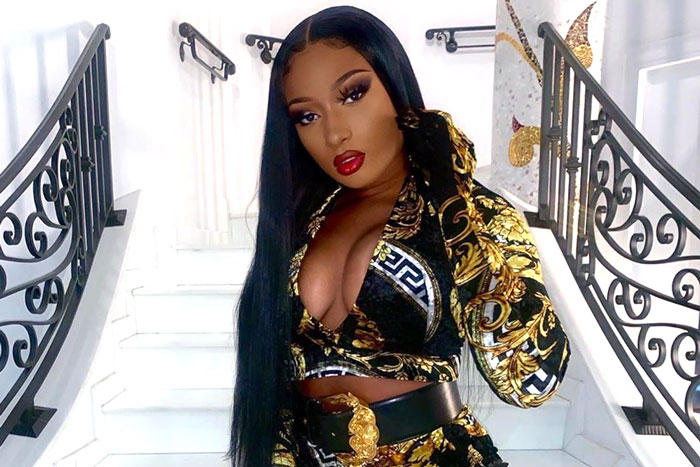 Things are heating up between Megan Thee Stallion and her record label.

The Houston rapper revealed that she is running into an issue with 1501 Entertainment over the release of her upcoming album Suga. In an Instagram Live session on Sunday, Meg shared her side of the story, claiming that the label won’t let her release new music after she requested to renegotiate her contract.

Meg, who was 20 when she entered the deal, was unaware what she signed. “When I signed, I didn’t really know what was in my contract,” she said. “So when I got with Roc Nation, I got real management, I got real lawyers, and they was like, ‘Do you know that this is in your contract?’ And I was like, ‘Oh, damn, that’s crazy—no, I didn’t know.'”

But that quickly changed when she asked to renegotiate. “Soon as I said, ‘I want to renegotiate my contract,’ everything went left. It just all went bad. It all went left. So now they tellin’ a bitch that she can’t drop no music. It’s really just, like, a greedy game.”

Megan Thee Stallion says that 1501 isn’t letting her drop new music due to her requesting to renegotiate her contract. pic.twitter.com/4Uz5vXwmD0

Added Thee Stallion, “I’m not a greedy person. I’m not a person that likes confrontation. I’m not a person that’s a bitch. I work with everybody, and I’m nice, and I’m real family-oriented. But ni**as gon’ be ni**as. And they gon’ be greedy and they gon’ be shady. And I see the shit that camp be saying about me, and I be like, ‘Damn, well since you got so much to say, why you just won’t tell ’em why you mad?’ You mad because I don’t want to roll over and bow down like a little bitch and you don’t want to renegotiate my contract.”

The Houston hottie later took to Twitter to share the hashtags #FREEMEG and #FREETHESTALLION. She also explained why she wanted to renegotiate her contract. “I didn’t understand some of the the verbiage at the time and now that I do I just wanted it corrected,” she told a fan.

It’s not that I literally didn’t read it it’s that I didn’t understand some of the the verbiage at the time and now that I do I just wanted it corrected 🤷🏽‍♀️ https://t.co/OR44kna3cq

As Billboard points out, 1501 Entertainment CEO and founder Carl Crawford alluded to the contract dispute in a post about “loyalty.”

“At a time when loyalty is at an all time low it’s nice to be link with @jprincerespect who is steady teaching me how to move in this cutthroat industry,” Crawford wrote alongside a photo with Rap-A-Lot Records founder James Prince. “And I know that terrifies some especially the ones who double cross me.”

It’s unclear how this will affect Meg’s future music. She was planning to release her debut album Suga in early May to coincide with her late mother’s birthday. The album has already spawned the Tupac-sampled single “B.I.T.C.H.”

UPDATE: On Monday, Megan filed a lawsuit against 1501 Certified Entertainment and its CEO, Carl Crawford, over the contract she signed when she was 20. In her suit, she claims the contract calls for 1501 Certified to get 60 percent of her recording income. The remaining 40 percent goes to her, but she has to use that to pay engineers, mixers, and artists who work on the songs, and she ends up with a fraction of it.

All money from Megan’s touring and live performances are to be paid directly to 1501 Certified. She says the label has provided incomplete and “purposefully and deceptively vague” accounting of what she’s owed. She received a $10,000 advance in exchange for signing the contract and wants to renegotiate.

In the meantime, she has scored a minor victory. A district judge in Harris County Texas granted her a temporary restraining order which prevents 1501 from blocking the new music she plans to drop on Friday.

“We are very happy the Court granted our TRO and thrilled that the world should be able to now hear Megan’s new music on March 6,” her attorney, Richard Busch, tells TMZ. “We will now proceed with the other claims set forth in the [lawsuit].”

NEW MUSIC WILL BE DROPPING 🙏🏽🔥