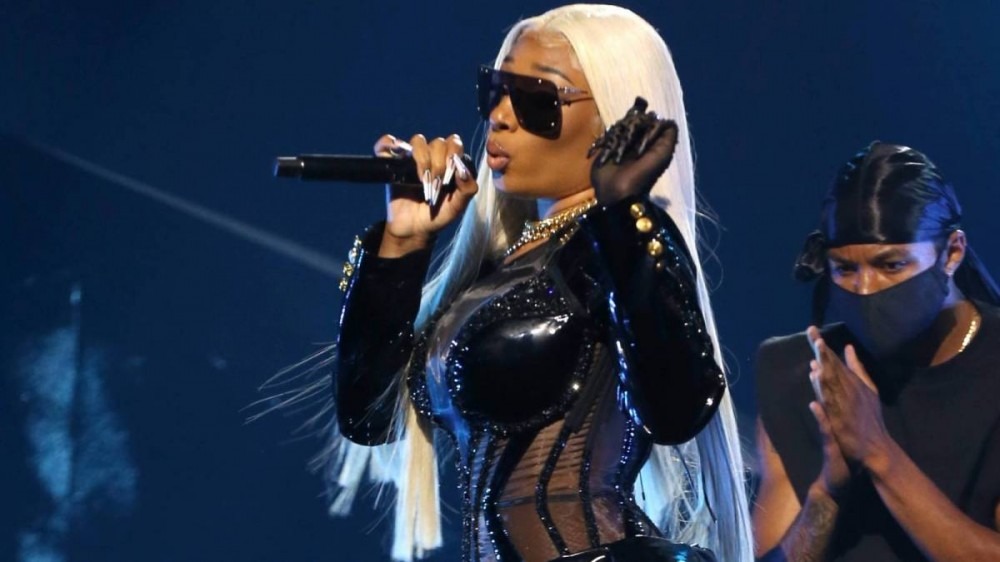 Los Angeles, CA – Megan Thee Stallion and DaBaby aren’t on good terms at the moment. The Hot Girl rapper was understandably frustrated after the KIRK rapper dropped the “SKAT” music video with Tory Lanez, the person charged with felony assault for allegedly shooting her in the feet last July.

Further compounding the issue was a mysterious retweet from DaBaby that read, “I guess @DaBabyDaBaby and @torylanez cool now bc the both shot somebody and don’t have to do no jail time,” which seemingly made light of the 2020 incident.

After unfollowing each other on social media, Megan and DaBaby were forced to share the same stage on Sunday night (June 27) at the 2021 BET Awards. But eagle-eyed viewers noticed right before DaBaby was invited on stage for DJ Khaled’s performance, Megan Thee Stallion quickly exited with her head held high.

As one Twitter user commented, “Lmaoooooo Megan Thee Stallion said nah I will not be on the stage with DaBaby.”

Lmaooooooo Megan Thee Stallion said nah I will not be on the stage with DaBaby 😂😂😂#BetAwards pic.twitter.com/m8iJffhM5s

Megan Thee Stallion and DaBaby exchanged words on Twitter earlier this month, putting their business on display for the public. It started with DaBaby denying he retweeted the inflammatory post.

“Idk what type of Illuminati shit Twitter got goin on,” he said. “I ain’t retweeted nothing but ‘Ball If I Want To’ promo. I ain’t retweet that silly shit. Then once ppl start tagging me and I saw it and tried to delete it and undo the retweet Twitter didn’t let me. Type shit yall on?”

Megan then replied, “Support me in private and publicly do something different…these industry men are very strange. This situation ain’t no damn ‘beef’ and I really wish people would stop down playing it like it’s some internet shit for likes and retweets.”

In an attempt to squash their beef, DaBaby tried a different approach, saying, “You done let these folks get the best you thug. Ion got no bad energy for ya. You know I ain’t no ‘industry n-gga,’ let em fool you into thinking that you trippin. Stand on what you stand on without feeling like I’m against ya. Stay focused my g.”

Megan fired back rather sarcastically, “My stance hasn’t changed at all YOURS has. We already spoke abt this in private and you specifically said ‘that ain’t even no good business move why would I promote that shit’ but now this ain’t your ‘beef’ ? That ain’t real. But you stay on ya ‘business’ my g.”

DaBaby and Megan Thee Stallion teamed up earlier this year for the “Cry Baby” video, which has amassed over 74 million YouTube views. However, the song peaked at just No. 66 on the Billboard Hot 100 following its February release.