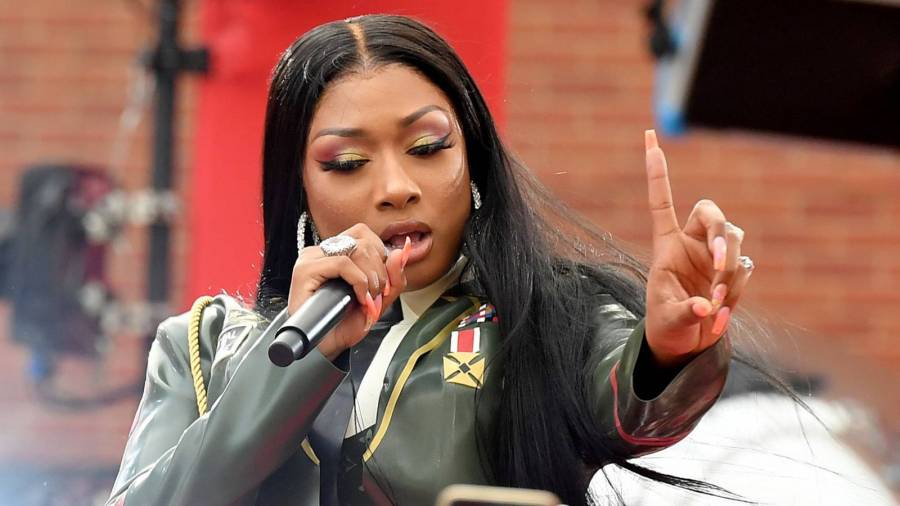 Megan Thee Stallion has been strongly advocating for Black women since she was allegedly shot by Tory Lanez in July.

After calling out Kentucky Attorney General Daniel Cameron for not indicting the police officers involved in Breonna Taylor’s murder during her recent Saturday Night Live performance, she penned a powerful op-ed for the New York Times calling for people to, once again, “protect Black women.”

But apparently not everyone is buying it. On Tuesday (October 13), shortly after the Times published the article, someone tweeted, “If @theestallion is taking advantage of this #PROTECTBLACKWOMEN and pandering, she gonna lose a lot of fans when the facts come out.”

Megan, who evidently had some time on her hands, fired back and wrote, “This is exactly the type of dumb comment that makes me scream PROTECT BLACK WOMEN. Please tell me why I would need to lie abt being shot to promote the protection of women… like out of all the things to lie about … this is sad coming out of a BLACK MAN’S MOUTH.”

This is exactly the type of dumb comment that makes me scream PROTECT BLACK WOMEN. Please tell me why I would need to lie abt being shot to promote the protection of women… like out of all the things to lie about … this is sad coming out of a BLACK MAN’S MOUTH https://t.co/GAbk4FzYEr

Megan has weathered plenty of criticism in the wake of the shooting — from 50 Cent and countless other internet trolls. Even Lanez himself, who dropped a whole album called DAYSTAR proclaiming his innocence last month, challenged Megan’s story and wondered how she could identify him if her back was turned when it happened.

He also questioned her injuries on the album opener “Money Over Fallouts” with “How the fuck you get shot in your foot, don’t hit no bones or tendons?”

The 300 Entertainment artist has maintained she has no reason to lie since identifying Lanez as the triggerman in August. As Megan explains in her op-ed, she was initially scared to say anything because of the misogynistic way women are historically treated by men.

“My initial silence about what happened was out of fear for myself and my friends,” she continues. “Even as a victim, I have been met with skepticism and judgment. The way people have publicly questioned and debated whether I played a role in my own violent assault proves that my fears about discussing what happened were, unfortunately, warranted.

“After a lot of self-reflection on that incident, I’ve realized that violence against women is not always connected to being in a relationship. Instead, it happens because too many men treat all women as objects, which helps them to justify inflicting abuse against us when we choose to exercise our own free will.”

Lanez was charged with felony assault in connection to the shooting on October 8. Subsequently, a judge issued a protective order against Lanez on Tuesday morning during his first hearing. He has yet to enter a guilty or not guilty plea.