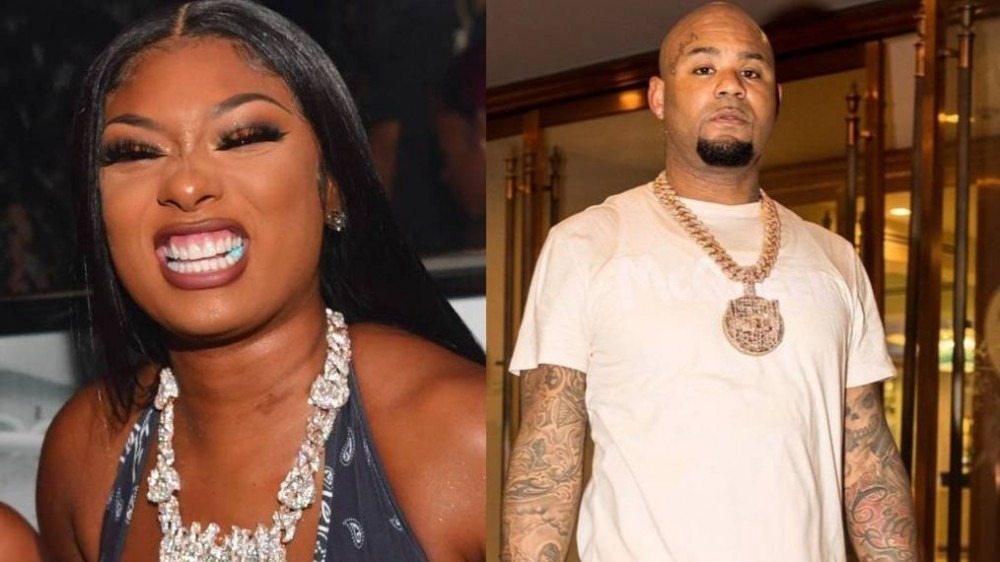 Just hours after the Rap-A-Lot Records founder defended Crawford and accused both Megan and her Roc Nation management of lying, the “Savage” rapper fired off a series of tweets telling her side of the story and venting at the same time.

According to Megan, 1501 had nothing to do with her artist development. “I’m so over these grown ass men trying to take credit away from the work me and my mama put into the beginning of my career,” she wrote. “Me and my mom ‘developed’ my career. I was already known for freestyling and I was already working on Tina Snow before I got to 1501.

“When my mama died I knew a bunch of hood n-ggas who just started a label for the FIRST time were not gonna be able to manage me PROPERLY so I got with roc…by this time I was a bigger artist and I asked to renegotiate… NOT LEAVE what was wrong with that ? That man is GREEDY.”

Megan Thee Stallion continued her rant by taking credit for putting the Houston-based independent label on the map.

“For this man to keep getting on the internet with his back up to talk like he made me is ridiculous,” she added. “Was you writing my songs ? Were you with me in my dorm room recording me rapping ? What abt all that rapping out side my mamma car ? Think cyphers?? I ain’t even know YOU.”

She also took a stab at J. Prince and Crawford’s relationship, suggesting Crawford used to badmouth him behind closed doors.

“If you wanna be REALLL I DEVELOPED 1501,” she wrote. “They keep signing people and everyone got the same story … go find allll the girls and the guys that started over there with me and some of the girls after me… ask anybody in Houston how that man is fake ass n-gga talked so much shit abt j prince now that’s your bestie ok.”

Meanwhile, Crawford headed to Twitter as well, using his 1501 account to accuse Megan of trying to sabotage his friendship with Prince.

“Now she sending out tweets tryna cause division between me and J,” he wrote alongside a laughing emoji. “Let me guess U and T Farris still pillow talking the same way yall pillow talked plotting to go to RN [Roc Nation].”

Now she sending out tweets tryna cause division between me and J 😂Let me guess U and Tfarris still pillow talking the same way yall pillow talked plotting to go to
RN..🤔

The back-and-forth erupted after Megan Thee Stallion asked a Texas judge to rule her new Traumazine album fulfills her contract with 1501 on Monday (August 22).

In the amended lawsuit, she also demanded $1 million in damages for their alleged efforts to thwart her career and take advantage of her, which Prince refuted.

“Any statements alleging 1501’s contract with MTS is unconscionable are blatantly false and contrary to the facts or custom in the music industry and are made with the specific intent to mislead and interfere with 1501’s contractual rights,” he wrote in part.

“In addition, MTS has consistently and intentionally breached her 1501 contract with impunity for years in ways that are too numerous to list here.”

Meanwhile, Megan Thee Stallion has responded to Dwayne “The Rock” Johnson’s comments about wanting to be her pet.

Meg sat down with SiriusXM’s The Morning Mash Up to discuss her new album Traumazine, and when asked to respond to The Rock’s odd request, she called the former pro wrestler a “mega-star.”

“I mean, that’s kind of legendary,” Megan Thee Stallion said. “Like, I’m kind of epic. I used to watch wrestling all the time.”

She continued: “Being from Houston and watching The Rock and how famous he is, how much of a mega-star he is and he wanna be my pet? Like, period. Like, we made it. We might be a little famous.”