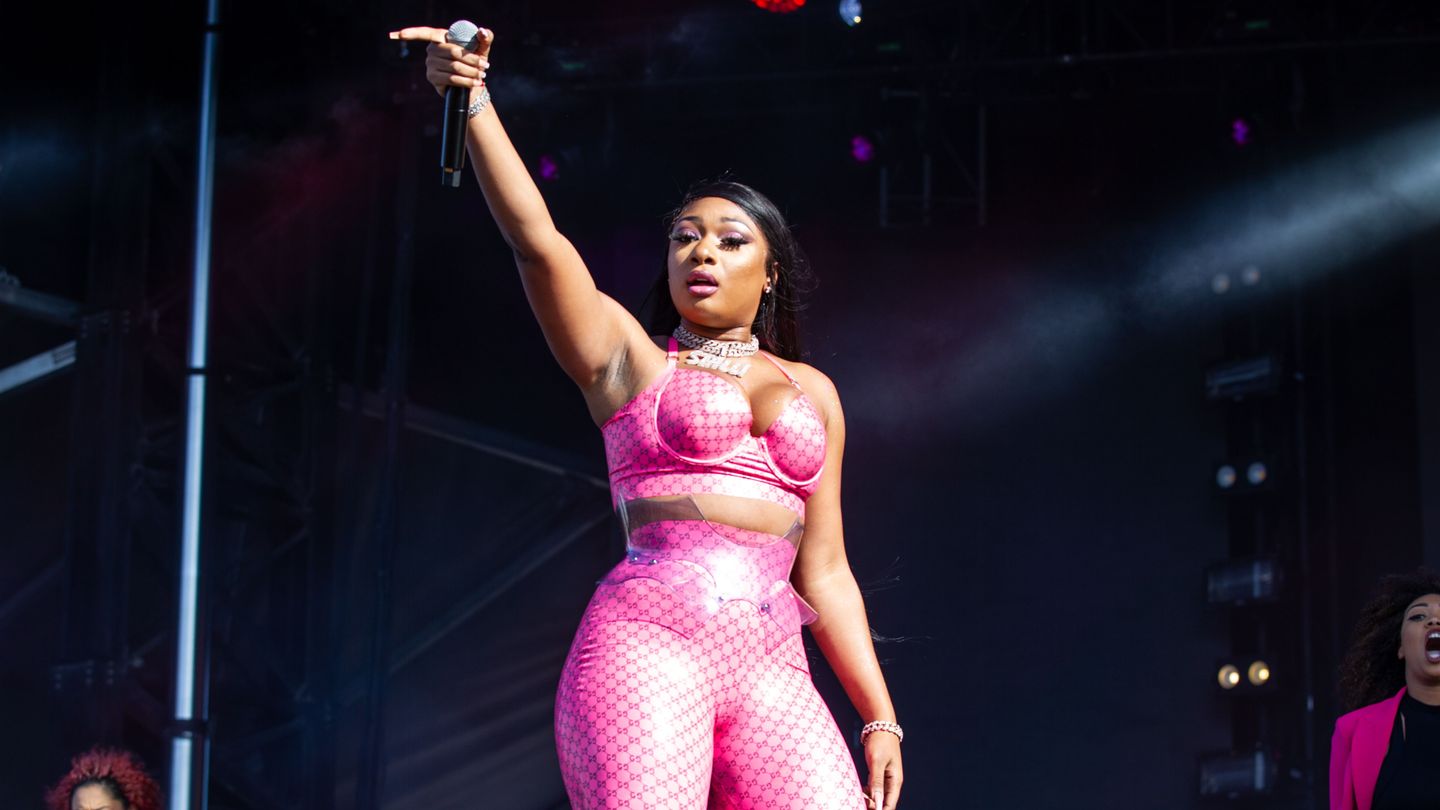 Less than a week after rumors swirled around the July 12 shooting of Megan Thee Stallion following a party in Los Angeles, the rapper briefly took to Instagram to voice her frustrations about discrepancies and hearsay floating around about the incident. “I suffered gunshot wounds as a result of a crime that was committed against me and done with the intention to physically harm me,” she wrote. A month later, after repeated pressure on social media, Megan finally confirmed what had long been rumored: “Yes, this n—a Tory shot me,” she said on Instagram Live, referring to Tory Lanez by name as her attacker. In July, Lanez was arrested and charged with carrying a concealed weapon in the vehicle.

Her announcement was a long time coming. Taking to Twitter on July 17, Megan referenced facing an onslaught of criticism about the domestic assault though she wasn’t at fault, much like many Black women who endure the same vindication. Before targeting model, actress, and socialite Draya Michele, who joked about Megan’s shooting on the Wine and Weed podcast, Megan announced that she would discuss the incident at length when she was emotionally ready. A seemingly relieved and diamond-flanked Megan appeared on a surprise Instagram Live on July 27, but she held back tears, feeling as though she was unprepared to accelerate into becoming a household name following the loss of her mother and grandmother in 2019. Megan also referenced her late father, who died when she was 15 years old.

“It’s nothing to joke about. It was nothing for y’all to start making up fake stories about. I didn’t put my hands on nobody. I didn’t deserve to get shot. I didn’t do shit,” Megan said, withholding her attacker’s name. Megan also admitted to losing control while intermingling with new industry crowds to escape the despair of her loss, but fans suspected that this wasn’t the last they would hear about the shooting, as Megan shared pictures of her foot, the wound stitched, on Instagram a month later.

While promoting her salacious “WAP” collaboration with Cardi B — which has spent its second week at No. 1 on the Billboard Hot 100 — and surprising her Hotties with #WAPParty giveaways through CashApp, on August 20, Megan cryptically tweeted that she would “quit sparing” someone who she alleged was lying about her. Instead of being able to celebrate her new single, Megan was forced to relive her trauma through social media accusations. Feeling provoked, Megan returned to Instagram Live to reveal Lanez as the shooter, confirming what fans had originally speculated. To protect her assailant, however, Megan initially stayed mum even as she was hospitalized, voicing that her growing paranoia came from not wanting Lanez to be shot by law enforcement at the scene, especially as Black Lives Matter uprisings continue worldwide.

“I tried to save this n—a. Even though he shot me, I tried to spare him, and y’all motherfuckers not sparing me — that’s crazy,” she said.  “I didn’t have to spare nobody but I did, and I’m done.”

Aside from being hospitalized, Megan encountered both the misogynoir of being expected to protect someone who nearly killed her and harmful comments that objectified her physique to justify the attack. Since the shooting, Megan has endured the brunt of viral jokes and memes, even from celebrities such as 50 Cent and Michele, who was quickly dropped as a Savage X Fenty ambassador for her distasteful comments on the incident. Often heckling Black women on social media, 50 Cent surprisingly recanted a meme that he posted about Megan once the attack was confirmed. Despite undergoing social media ridicule and scrutiny, Megan received a rush of support from Lizzo, Rihanna, and her “Savage Remix” collaborator Beyoncé, who sent Megan a bouquet of white flowers.

While #ProtectBlackWomen continues to trend on Twitter as lip service — while Black women are twice as likely to be killed by an intimate partner than white women — a sparse amount of male rappers have acknowledged Megan’s shooting. Though some taunted Megan for “snitching,” on August 22, Chance the Rapper tweeted his support of his “Handsome” collaborator to receive “justice for what Tory did to her,” admitting that Black women are seldom protected. Fellow Texas rap icon Bun B went to Instagram on a nearly hour-long video to urge his followers not to resist talking about the incident, and for men to be held accountable for their wrongdoings. “Nobody is talking about it because it’s a Black woman,” he said. Others, like Boosie Badazz, who’s had a questionable history regarding his comments about women and sexuality, decided not to address the incident out of fear of being targeted by law enforcement.

There is an insidious misogyny still lingering within the music industry, as male artists are able to thrive even after they’ve assaulted a woman. Lanez has been accused of liking posts that take aim at Megan while also laying low from public scrutiny and staying silent. Meanwhile, as Megan prepares for her first virtual concert performance on August 27, audiences would be remiss to allow Megan’s assault, as well as the reaction from her industry peers, to be overlooked. She has been both violently attacked and exposed to public mockery; there should be an unbridled willingness for Megan to be defended by holding abusers accountable, especially in the era of #MeToo and #SayHerName. Protecting Black women should be more than a niche term or trending topic — there needs to be action.