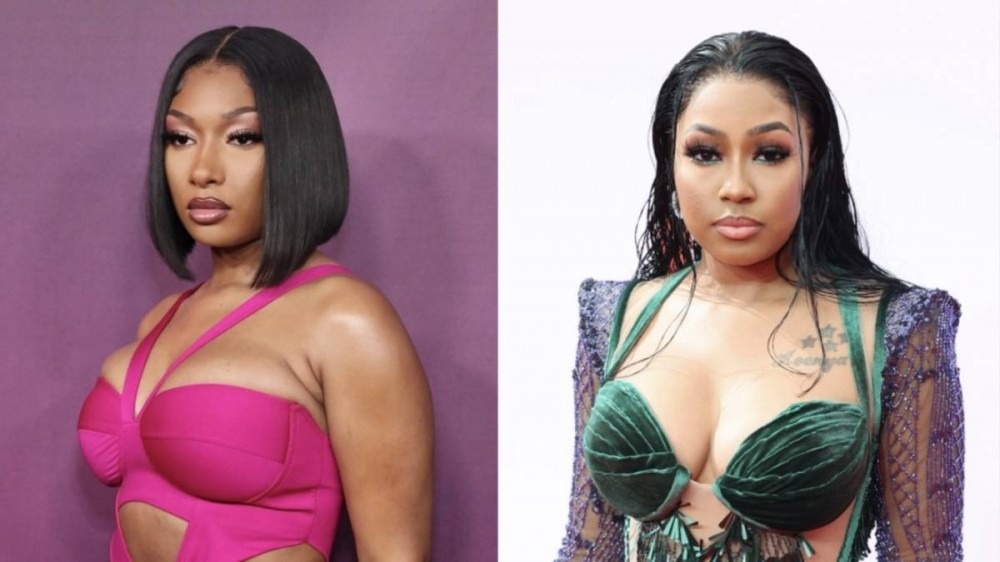 Megan Thee Stallion and Yung Miami are heating things up on the upcoming episode of the Caresha Please podcast.

REVOLT shared a few previews from the new episode on its Instagram page, and the two rappers held nothing back as they flirted with each other. In one clip, Yung Miami asked Meg if she likes girls and she replied, “I mean, I like what I like…I like you.”

The City Girl said with a smile: “You do? You would fuck me?”

The two laughed it off until Megan said she would, which then had Caresha ask who would be on top if they did have sex. Megan wasted no time in saying she would be on top.

Things got more interesting in another clip where Yung Miami said she’s classy and wanted to go to dinner with the Houston Hottie. They also admitted wanting to kiss each other and actually being an item.

Megan Thee Stallion is currently dating Pardison Fontaine, while Yung Miami has been seen by Diddy’s side throughout the year. However, both Meg and Miami have flirted with each other on social media before.

Last month, Yung Miami shared a video showing her and Meg embracing one another during a night out. Megan joked that Yung Miami was her girlfriend while also playfully admitting she was “upset” the City Girl and Diddy went public with their situation.

“You got a man?!” Meg said of her reaction when she heard about the alleged relationship. Yung Miami played into the flirtatious vibes to the point she stroked Megan’s face.

Yung Miami has been making a lot of noise with her podcast, thanks to guests such as Kevin Gates. Getting right down to business with the Khaza rapper, she asked if the rumors were true about his sexual relationship with his cousin.

He explained it did happen and that the relationship continued for three years even after his grandmother told him they were related.

“I ain’t about to stop,” Gates said when he found out he was related to the woman.