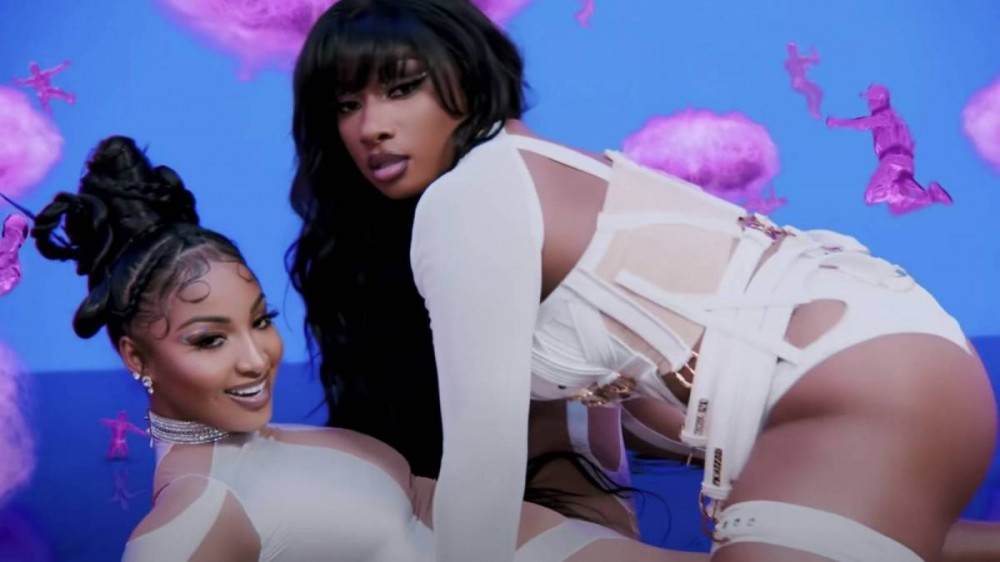 Megan Thee Stallion and Jamaican dancehall star Shenseea got fans worked up into a frenzy when they announced their very first collaboration, “Lick,” earlier this week. However, what was supposed to be a momentous occasion ended up being a boring, uneventful affair as fans didn’t embrace the song with open arms once it dropped Friday (January 21).

The “Lick” duo unleashed the official music video for their collaborative effort on Friday, but that did very little to move fans as many felt Megan and Shenseea were copying off the Houston Hottie’s infamous collab with Cardi B titled “WAP.” For starters, the video has a bunch of sexual imagery in the same lane as “WAP” with Megan and Shenseea strutting their backsides and getting cozy with one another.

Fans weren’t sold on the song or the music video and proceeded to let their voices be heard on social media. One fan amassed nearly one thousand likes with a listicle detailing everything that was wrong with the song such as Shenseea’s lackluster verse and the music video being a “bootleg copy of ‘WAP’.” Another person clocked in almost 500 likes with a tweet calling for people to get compensation for listening to “Lick” on their respective devices.

1. Shenseea’s verses were too basic, repetitive and forgettable. Some of the lyrics make no sense.
2. Meg ATE her up on her own song
3. This is NOT it.
4. Video was a bootleg copy of WAP
5. How do you fumble a big collab?
6. All the above#Lick pic.twitter.com/VGRDfhKid4

Despite her name becoming a trending topic on Twitter, fans were extremely disappointed with Shenseea’s output on the song, especially when she proved her worth with her scene-stealing verse on Kanye West’s “Ok Ok pt 2” off Donda.

On the other hand, Megan is dealing with rumors of a breakup from her boyfriend, Pardison Fontaine. Things were going smoothly until Meg didn’t post a birthday shoutout for Pardi and deleted all their pictures together on Instagram. Pardi took to his Instagram Story on Tuesday (January 18) to finally address the rumors surrounding his relationship with the Hot Girl.

“Stop this cap nobody puttin hands on nobody …(At least not in that way),” he wrote. “Been seein the break up rumors and was lettin y’all imaginations run ..but y’all gettin too crazy … .ain’t give n-ggas a story so they made one … we really been on it double time.”

30 mins after watching the video and mi still cya believe seh Shenseea really fumbled a big collab. The first sin she committed was to let Megan wash her on her own song, then this bootleg WAP video? This #Lick mi fi 6 nah lie, mi still hurt and upset. pic.twitter.com/kco5Pv2q0J

Lick is WAP just with a different sample song and way worse rapping.

I mean @SHENYENG and @theestallion y'all really had the opportunity to do something really great and y'all decided on a Caribbean WAP remix? It's a no for me. It's more about longevity not trending🤷🏿‍♂️. #Lick #Shenseea