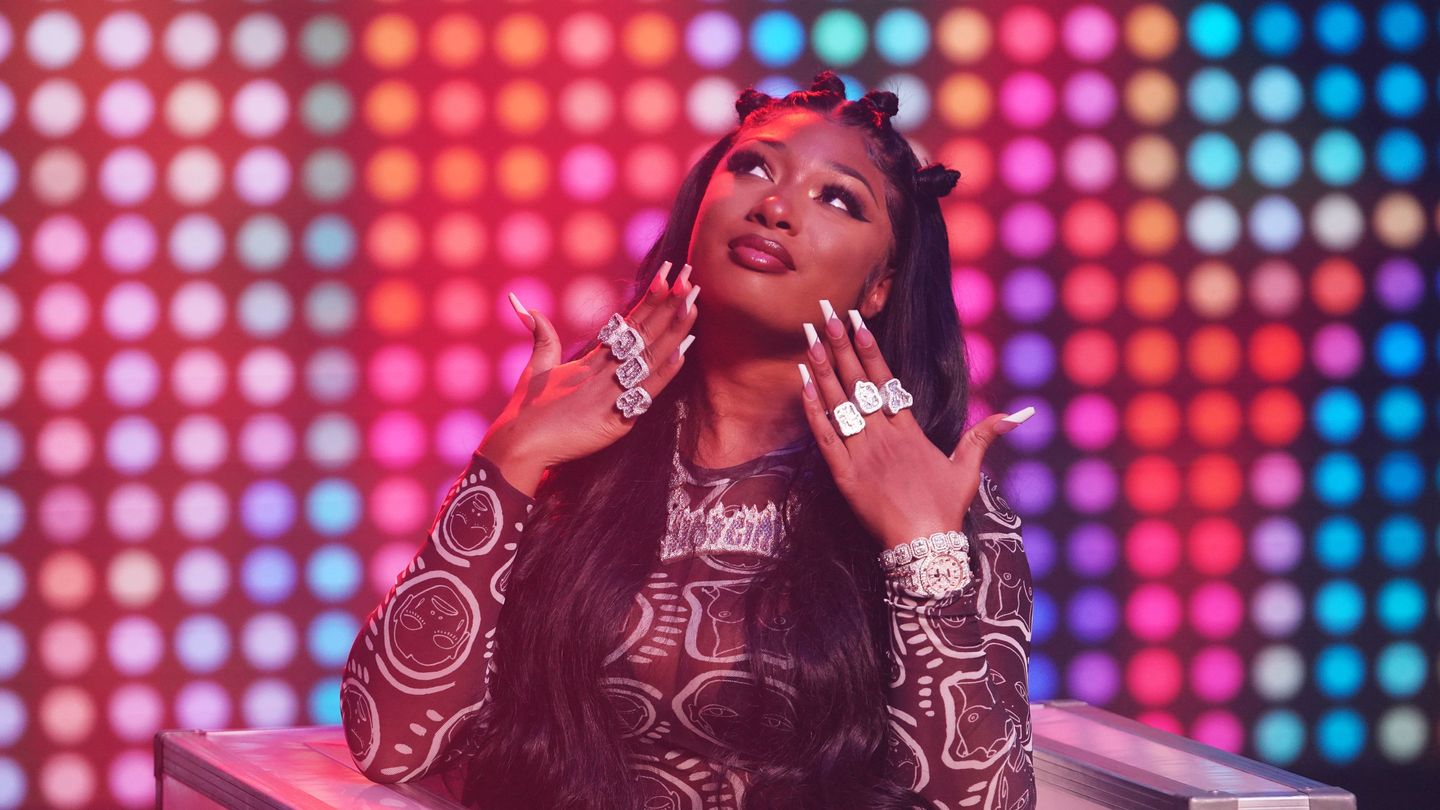 Her debut album, Good News, is here, a week after she announced it with a gregarious message (“Through this rough ass year we’ve all been having I felt like we could all use a lil bit of good news.”), and with it comes a slew of guest features from folks like DaBaby, City Girls, SZA, and more. But the project’s opener, “Shots Fired,” finds Meg alone, seemingly closing the book on the biggest news story involving her all year: her alleged shooting at the hands of Tory Lanez.

“Imagine n—-s lying about shooting a real bitch / Just to save face for rapper n—-s you chill with,” she begins her first on the album opener, a blisteringly direct track that notably samples The Notorious B.I.G.’s seminal (and controversial) 1995 hit, “Who Shot Ya?” Though she never calls out Lanez by name, she makes references to the event that left her hospitalized with wounds in her feet in July, and for which Lanez has since been charged with felony assault. (This week, he pleaded not guilty.)

In the time since the incident, Meg named Lanez as the shooter, wrote a New York Times op-ed urging for the protection of Black women — “Black women are still constantly disrespected and disregarded in so many areas of life.” — and this week, even claimed Lanez offered her hush money afterward. But the placement of “Shots Fired” at the front of Good News suggests these will be Meg’s final words on the matter.

She raps about not telling the police immediately out of fear of escalating the situation, in the middle of the time of mass protests against police brutality this summer (“And if it weren’t for me, same week, you would have been indicted”) and mentions the lack of justice for Breonna Taylor in the time since. And she takes a few pokes at her assailant — again, not by name — along with the people who called her a snitch in the aftermath.

Talking ’bout bones and tendons like them bullets wasn’t pellets

A pussy n—a with a pussy gun in his feelings

OK, he in the backseat and he keep callin’ me a bitch (He a bitch)

He talking ’bout his followers, dollars, and goofy shit

Meg’s already on to the next blockbuster. Her supersonic video for “Body” — featuring cameos from Taraji P. Henson, Blac Chyna, and more — dropped on the eve of Good News‘s release and has already racked up nearly 1.6 million views as of this writing. Check that out above, after you spend some time with “Shots Fired.”