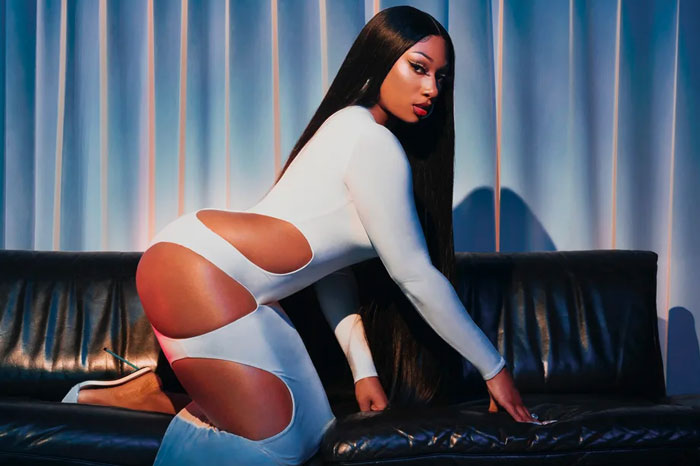 In a new interview for GQ‘s annual Men of the Year issue, the Houston rapper claims Lanez begged her not to say anything and even offered her and her friend money to stay quiet after allegedly shooting her.

Megan recalls the headline-making incident following a pool party in the Hollywood Hills on July 12, which she has previously described as the “worst experience of [her] life.”

“[At this point] I’m really scared,” Meg says, “because this is like right in the middle of all the protesting. Police are just killing everybody for no reason, and I’m thinking, ‘I can’t believe you even think I want to take some money. Like, you just shot me.'”

When she tried to get out of the car and walk away following a dispute, Lanez allegedly shot at her feet, wounding her. “Like, I never put my hands on nobody,” Meg tells the magazine. “I barely even said anything to the man who shot me when I was walking away. We were literally like five minutes away from the house.”

Worried that they would get arrested or end up victims of police brutality, Meg told responding officers that she was bleeding due to cuts on her feet.

A lawyer for Lanez has denied that the rapper offered Megan and her friend hush money. In October, he was charged with felony assault, but has maintained his innocence on social media and on his album DAYSTAR.

“When this whole debacle, or whatever you call it, came about, the whole time it’s like, she knows what happened, I know what happened,” Tory said on Instagram Live. “And we know that what you’re saying and what the alleged things and the alleged accusations of my name is, are not true. It’s falsified information, it’s false information, and it’s not accurate information.”

Megan was criticized on social media and even accused of lying. However, she also received support and advice from friends including Beyoncé and JAY-Z. “She’s so calm. She would just be like, ‘Megan, live your life,'” Meg says of Beyoncé, while revealing what JAY-Z told her. “‘Hey, listen, you know, you supposed to be turning up right now. You really need to be somewhere driving a boat. Live your life. Just f**k that,'” said the Roc Nation boss.

Despite it all, Megan remains resilient. She was named Rapper of the Year by GQ and is set to release her debut album Good News on Friday.