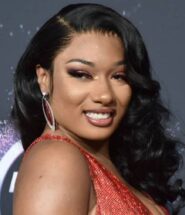 Before her days of topping the Billboard Hot 100 and garnering millions of Houston Hotties chanting her name, Megan Thee Stallion attended Prairie A&M University in Texas and was studying health administration in addition to getting her rap career off the ground.

When her ascension began in 2018, her schedule became too busy for her to still be enrolled as a full-time student. While music has clearly worked out for the “Savage” rapper, Meg is still planning on finishing her degree at Texas Southern University in 2021.

“Mam Im abt to Graduate in the fall and still gone open my facility,” she responded to a troll on Twitter. “Hope you get them retweets doe. They swore I wasn’t gone get that degree SIKE.”

Mam Im abt to Graduate in the fall and still gone open my facility.. hope you get them retweets doe https://t.co/b6FmQVU2rh

They swore I wasn’t gone get that degree 😂😂😂 SIKE

She previously credited her late mother as the inspiration behind making sure she graduates college.

“I want to get my degree because I really want my mom to be proud,” she told PEOPLE. “I want my big mama to be proud. She saw me going to school before she passed. My grandmother that’s still alive used to be a teacher, so she’s on my butt about finishing school. I’m doing it for me, but I’m also doing it for the women in my family who made me who I am today.”

Meg’s also planning on eventually opening up an assisted living facility in her hometown of Houston.

“Yes, that’s still the plan,” she relayed to Billboard in 2018. “And you know how it’s so hard to get a job after college? So I thought it would be super easy for my classmates if I just opened up something that they could go get a job at.”

She continued, “I knew I didn’t want to be a nurse. And once I started getting super popular with my music, I knew I probably wasn’t going to go to medical school.”

Meg turned 26 on Monday (February 15) and unleashed a fiery track as a gift for fans with the “Southside Forever Freestyle.”