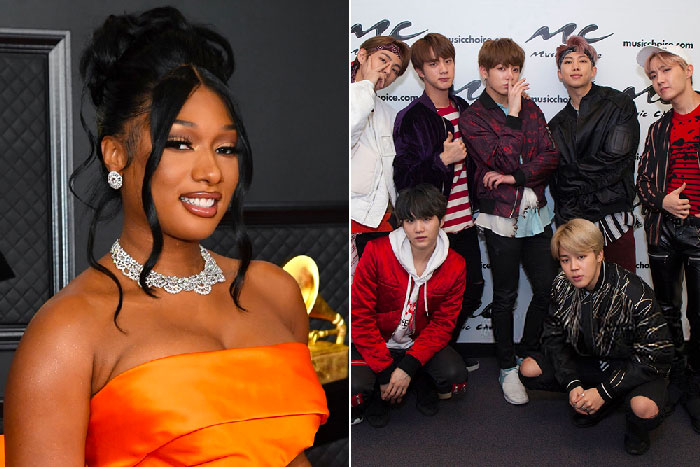 The Grammy-winning rapper joins K-pop supergroup BTS on the official remix to their chart-topping hit “Butter.” The Hot Girl adds a smooth verse to the summer smash, which spent nine weeks at No. 1 on the Billboard Hot 100.

The song almost didn’t drop this week. Megan’s label, 1501 Certified Entertainment, tried to block its release. After Meg asked a court to intervene, the judge ruled in her favor and allowed her to proceed.

Meg has been warming up for her new album with a series of freestyles. Earlier this week, she dropped her “Tuned In” freestyle, which was preceded by her “Outta Town” freestyle.