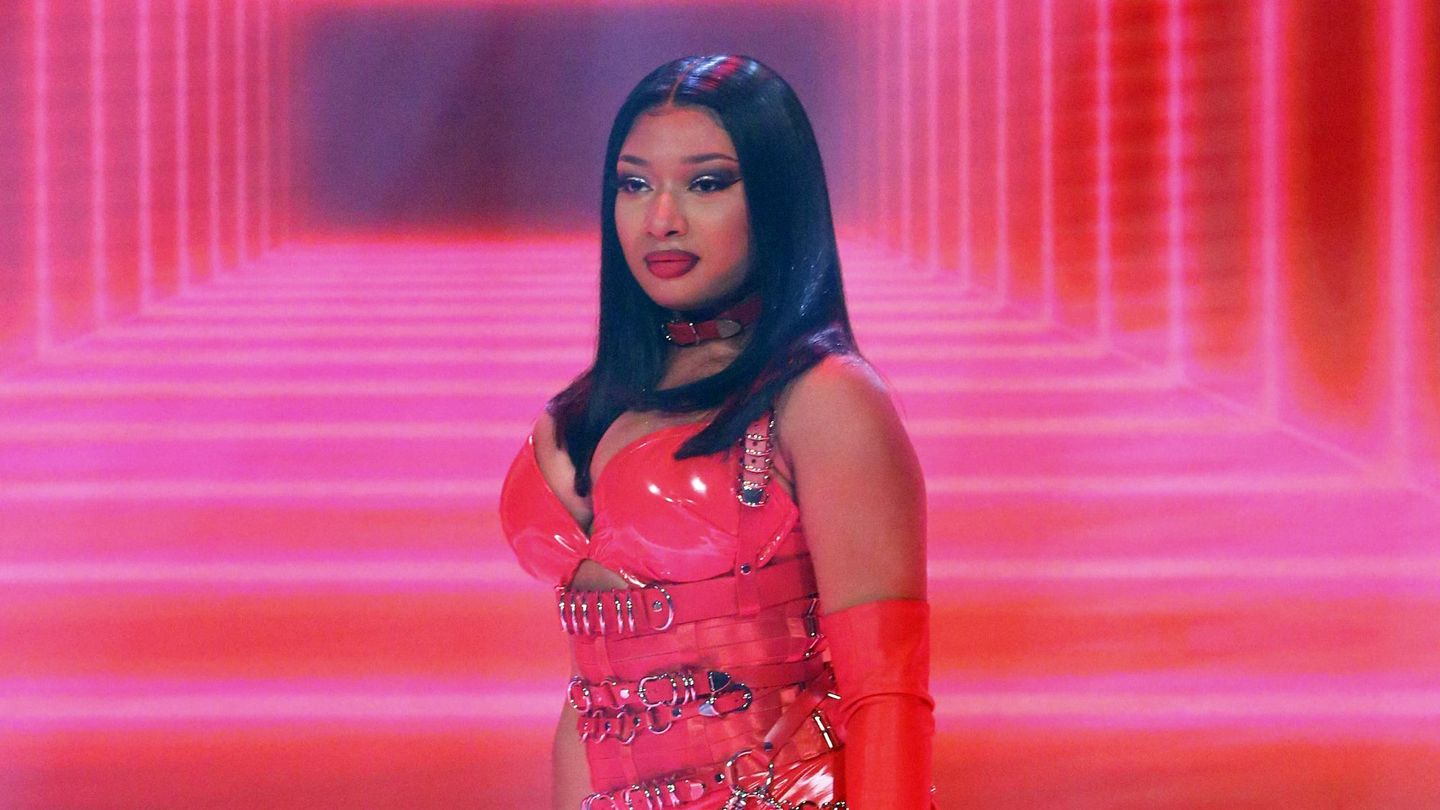 Good news! Megan Thee Stallion is working one some new music, so soon after releasing her Suga EP. She revealed to Jimmy Fallon for his "At Home" series for The Tonight Show with Jimmy Fallon that soon enough, she'll have something to salvage the upcoming Hot Girl Summer if the global coronavirus pandemic ends in the near future.

Megan and her adorable french bulldog, 40e, answered Fallon's video call for a brief conversation about what the rapper is doing when she revealed that she's working on a Suga follow-up. "I've been recording," she said. "That's the best thing about the quarantine. I would have been working on it anyway, but what else am I going to be doing right now? I've just been writing and we set up a little studio here. So we're going to have new music for when we go back outside." She also referred to this time as "Quarantine Girl Summer."

Later on in the conversation, Megan detailed her writing process when she's recording. "A lot of times, I play the beat and then I start freestyling," she said. "And then if something cool comes out, I'm like 'Yeah, let's keep that.'" Adding on, she revealed that she likes to be alone. "I have to kick everybody out of the room because I'm literally making noises because I know what I want the flow to sound like and I don't want anyone hearing the process. I don't want anyone coming in until the song's done."

Megan dropped Suga last month after a week of label drama. It featured "B.I.T.C.H., "Captain Hook," and "Savage," which has become the soundtrack to one of the biggest dance crazes on TikTok. In February, she collaborated with Phony Ppl for the funk shower that is "Fkn Around."

Check out Megan's conversation with Fallon where she also talks about the #SavageChallenge up above.