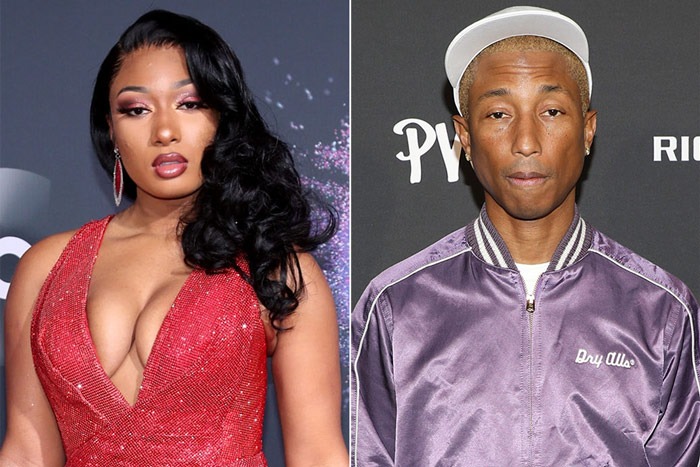 Megan Thee Stallion is cooking up with Pharrell.

The Hot Girl has been locked in the studio working on her highly-anticipated debut album. On Wednesday, she revealed that she and Pharrell are collaborating on new music and gave fans a taste of what they can expect. In the video, Meg is seen dancing while Skateboard P tinkers with a fiery beat.

“Cooking up with the mf legend him self 🔥🔥🔥 @pharrell,” said Meg. “We been going in for 3 days straight he calling me meg thee machine !is .”

Cooking up with the mf legend him self 🔥🔥🔥 @pharrell We been going in for 3 days straight he calling me meg thee machine ! #SUGA

She also used the hashtag #Suga for her newest alter ego who will be introduced on the album. “My next project I will be introducing a new lady. Her name is Suga. She’s besties with Tina Snow,” she told NPR last year.

“I felt like my mixtapes were me flirting with my fans,” added Meg. “I never wanted to do an album ’cause I was like, ‘Oh, that feel like marriage. That’s a commitment.’ But now, I’m ready to settle down with an album.”

Last week, she teamed up with Normani on “Diamonds” off the upcoming Birds of Prey soundtrack. She has also recorded a collaboration with SZA.

Meanwhile, Chad Hugo recently revealed that he and Pharrell are officially reuniting as The Neptunes and have been in the studio with Lil Uzi Vert, Brandy, Snoh Aalegra, G-Eazy, and Lil Nas X.