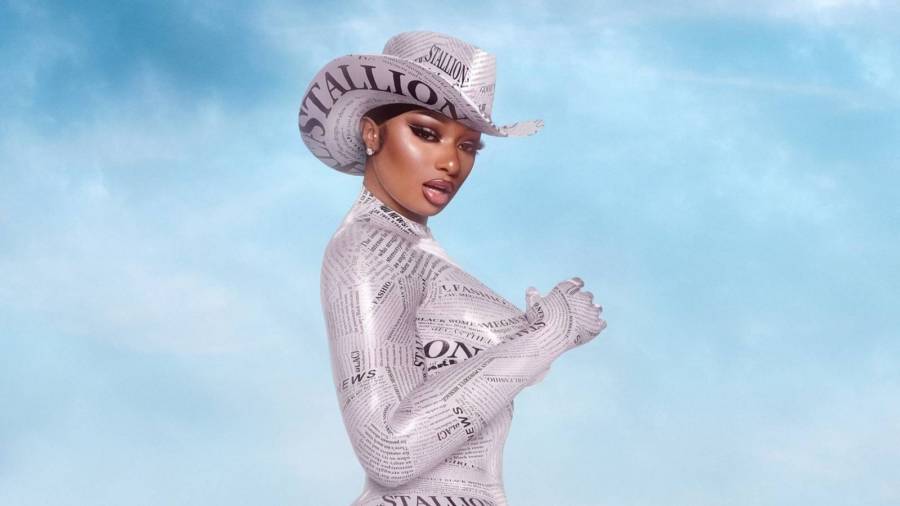 Megan Thee Stallion is just days away from releasing her Roc Nation debut Good News. As the date inches closer, the 300 Entertainment artist has shared the album’s tracklist, which includes a song called “Shots Fired.” Her fans are convinced the track will ether Tory Lanez, who stands accused of shooting Megan in her feet earlier this summer.

Megan was shot on July 12 following a pool party in the Hollywood Hills. The incident popped off following an argument inside a chauffeur-driven SUV and resulted in Lanez’s arrest for felony possession of a concealed weapon and a trip to the hospital for the Houston-bred rapper.

After doctors removed the bullets and/or bullet fragments from her feet, Megan was sent home to recover but was mum on who shot her. But during an Instagram Live session a few weeks later, Megan finally identified Lanez as the triggerman and the Los Angeles Police Department opened an investigation into his possible involvement.

Meanwhile, Lanez essentially disappeared from social media and refused to address the topic, that is until September when he released an entire album dedicated to clearing his name. Since then, Lanez has been charged with felony assault and ordered to stay away from the platinum-selling rapper.

In a recent interview with GQ, Megan claimed Lanez attempted to offer her money in exchange for her silence, but she declined.

“Like, I never put my hands on nobody,” she said. “I barely even said anything to the man who shot me when I was walking away. We were literally like five minutes away from the house. [At this point] I’m really scared because this is like right in the middle of all the protesting. Police are just killing everybody for no reason, and I’m thinking, ‘I can’t believe you even think I want to take some money,” she added. “Like, you just shot me.’” (A lawyer for Lanez has since denied anything like that took place.)

Needless to say, Megan has plenty of material to rip into Lanez on “Shots Fired” if that’s indeed what the song is about. Good News is expected to arrive on Friday (November 20). Until then, check out some of the reactions below.

Megan dissin everybody and they mama in shots fired pic.twitter.com/NMdz99CiGo

I can already tell “shots fired” is gonna clear some hoes🤌🏾 pic.twitter.com/jwgEOGsjMZ

so Megan is corny for having the first song in her album called Shots Fired. but it was perfectly fine for Tory to drop a whole album explaining the situation bc “he’s an artist and that’s his main form of art”. say less.

The intro to her debut album is about SHOTS FIRED?! pic.twitter.com/PvmCj8VQ6F

WAIT THE INTRO IS CALLED SHOTS FIRED SHE FINNA EAT THAT LIL NASTY NIGGA UP!! https://t.co/0BwuJ7vmPA

“Shots fired” she knows we like that tea hot😂😭 pic.twitter.com/IP8waqZcx1