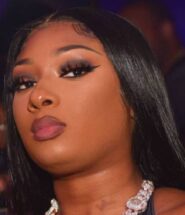 Megan Thee Stallion undoubtedly had an incredible run last year and it looks like 2021 is shaping up to be just as fruitful for the Roc Nation artist. But some recent comments she made during an interview for Harper’s Bazaar March issue isn’t sitting right with some rap fans, who suggest she might be getting a little ahead of herself.

A clip of the interview started circulating via Twitter on Friday (February 19) in which Megan is quoted saying, “I feel like when it’s all said and done, when people want to talk about female rap … they are definitely going to have to put my name up there with the OGs.”

“I feel like when it’s all said and done, when people want to talk about female rap … they are definitely going to have to put my name up there with the OGs,” @theestallion tells @proseb4bros in our March cover story. https://t.co/BhHARCmkhR pic.twitter.com/PZy958CvAg

As several people pointed out, Megan has released just one studio album, Good News, which debuted at No. 1 on the Billboard Hot R&B/Hip Hop chart and No. 2 on the Billboard 200 last November. They also noted she’s really only been “at the top” since nabbing her first No. 1 Hot 100 single with Beyoncé in April 2020, meaning she hasn’t been around long enough to even consider being an OG in the running.

Meanwhile, predecessors such as Lil Kim, Foxy Brown, Lauryn Hill, Missy Elliott and Queen Latifah — who are typically considered “OG” female rappers — have been in the game for decades and have numerous albums under their belts.

Twitter comments clowning Megan’s claim were relentless. One person wrote, “She isn’t OG, She can’t even do a single without a collab. She trying to get relevant,” while another said, “This girl has released three projects in the space of 4yrs and they haven’t even crossed 4m combined, like what?”

But as Megan explained elsewhere in the interview, she doesn’t plan on going anywhere anytime soon.

“Even though I’m not working a traditional job, I still treat it like: ‘’This is work. I need to work hard for this. I want to be here. I want to do this. I want to be Megan Thee Stallion,’” she said. “I feel like I know what comes with my job. If I took everything personal, then I would probably be somewhere curled up in the corner.”

Only cos she’s affiliated with Roc Nation/Beyonce gave her a number 1. No because of her ”music”.

I don’t know one song this Megan woman has done, so OG? No ma’am! Nope. pic.twitter.com/kbNdY8qZys

At this point, you are correct but it’s still early. She barely has one album out. And even though Sista Soulja’s work in the community and her books make her relevant. Her MCing was forgettable/forgotten even by fans from that era. Myself not included. pic.twitter.com/oZLF58WRfN

I do admire her confidence and the fact that she finished college. However, if you yourself have to tell people to reference you as an OG then you’re probably not. pic.twitter.com/zBjooQfa5p

She hasn’t even put out a quality album to claim that. A few singles means nothing

The only female rapper to come out in the last decade that can be called an OG is @NICKIMINAJ, She resuscitated female rap in 2010 with the release of #PinkFriday and went on to be the biggest female rapper ever, without Nicki there would be no female rappers today…. pic.twitter.com/swDZSznw8A

Until she can make rap make sense she’s not an OG. Her rap is trash 🗑 the only OG she’s talking about is Original Garbage. All she do is twerk and show off her body.

LMAO didn’t she write like one song that was popular for a summer? And that’s it, right?

I agree Meg will be up there with Vanilla Ice, Craig Mack, Tag Team, Bone Crusher and Loon

lmao nah she not even top 5 DOA and its not even close.

When you can release an album with zero sexual references and it be one of the biggest selling female rap albums selling 375,000 copies in first week just in the US, then you can talk to me #PinkFriday

The thing about that is; if you have to tell people your name should be up there with the best, it doesn’t belong there