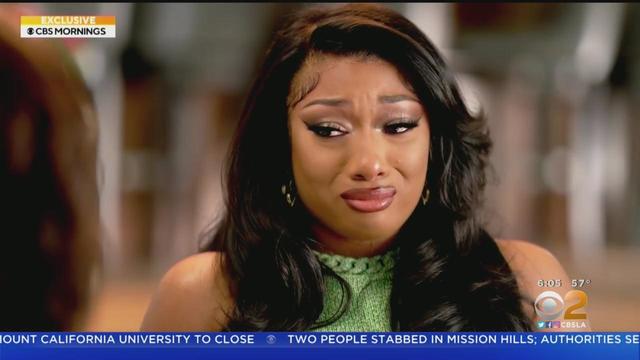 Tory Lanez has often alluded that a sexual dispute between Megan Thee Stallion and her former friend Kelsey led to the shooting incident of July 2020. During Thee Stallion’s interview with Gayle King on CBS Mornings, the rapper states she never had a sexual relationship with Lanez.

Tory Lanez was arrested in court on Tuesday (Apr 5). According to TMZ, Tory Lanez violated the protective order levied against him in his case with Megan Thee Stallion. The violation was discussing the Hot Girl on Twitter.

Lanez’s bail was set at $350,000, and the asking price from prosecutors was $5 million or no bail at all. The tweet in question from February where he suggested the entire shooting incident was a product of Lanez having an affair with Thee Stallion and her friend. “Good d*ck had me f*cing 2 best friends … and I got caught … that’s what I apologized for … it’s sick how u Spun it tho …”

The “u” in the tweet is what landed Lanez in handcuffs as it was viewed that he directly addressed Thee Stallion.