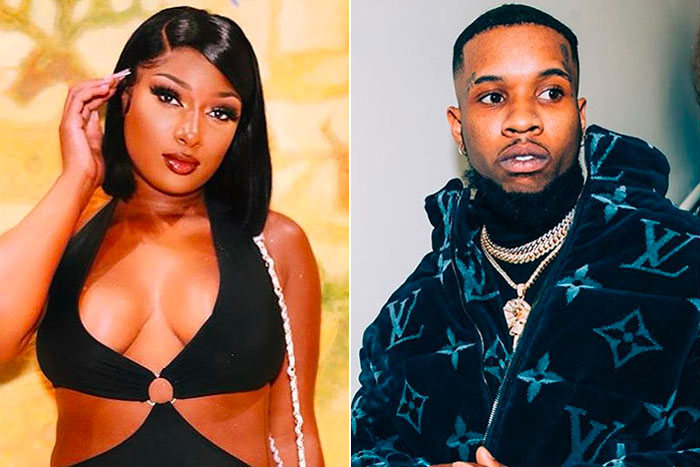 Tory Lanez is not finished.

After releasing his album DAYSTAR, on which he denied shooting Megan Thee Stallion, the Toronto rapper returned to Instagram Live on Tuesday (Oct. 20) for the first time since he was charged with two counts of assault.

During the livestream, Tory once again addressed the headline-making “debacle” and the fallout he has faced from the public.

Tory Lanez explains the hardships he’s been through in these last few months and claims a lot of the things that have been said about him is false. But despite everything he still considers Megan Thee Stallion a friend pic.twitter.com/azulCZg6Ia

He went on to slam reports surrounding the July 12 shooting in the Hollywood Hills, calling them “false” and claiming that only he and Megan know the truth.

Despite everything, he hopes they can remain friends. “I don’t ever want to come off like I’m here to bash this girl or I’m here to talk down about this girl or ever be at a place where I’m disrespecting her ’cause to me as a person, she’s still my friend, no matter what,” Tory added. “Even if she doesn’t look at me like that, I look at her like she’s still my friend.”

But the feeling doesn’t appear to be mutual. Megan, who previously accused Tory of shooting her, seemingly responded on Twitter. “This Ni**a genuinely crazy,” she tweeted during his livestream.

Earlier this month, the Los Angeles County District Attorney’s Office charged Tory with one felony count of assault with a semiautomatic firearm and one count of carrying a loaded, unregistered firearm in a vehicle. If convicted, he faces a maximum sentence of 22 years and eight months in state prison.