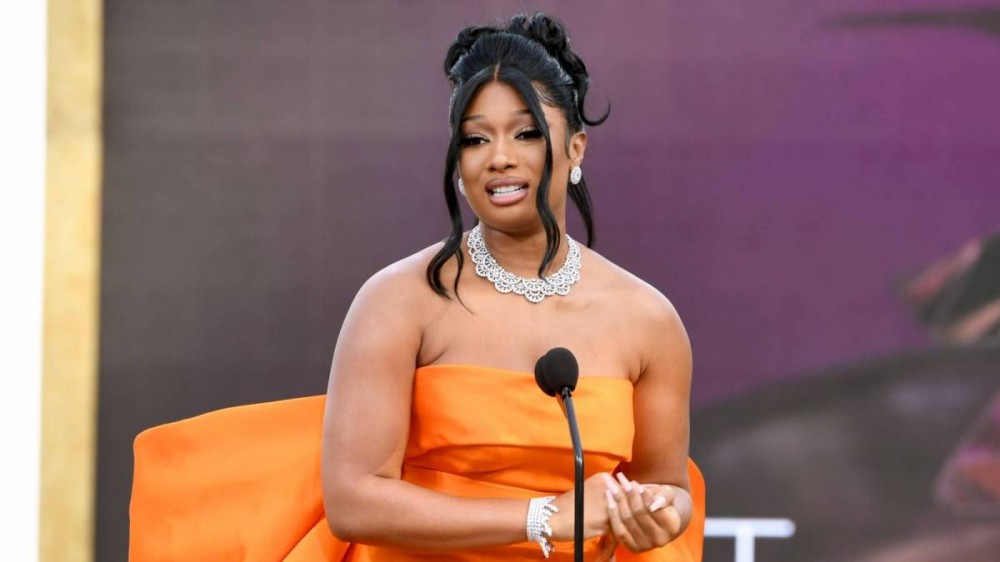 Los Angeles, CA – Megan Thee Stallion barely moved when her name was announced as the 2021 Grammy Award’s Best New Artist winner. After a hilarious flub from presenter Lizzo — who shouted “bitch” on live television, the camera panned to the Roc Nation artist who looked noticeably shocked.

After all, it wasn’t the first gilded trophy she took home on Sunday (March 14). The H-Town native had already scooped up a gramophone in the Best Rap Performance category for the “Savage (Remix)” featuring Beyoncé, which marked the first of her career.

As Megan approached the stage, she stepped up to the mic and needed a second to collect herself before she uttered, “I don’t want to cry,” then proceeded to tear up.

Congratulations to Megan Thee Stallion on winning a Grammy for Best New Artist! 🏆

Cardi B, Megan’s “WAP” collaborator and Grammy performer, quickly tweeted the self-proclaimed Hot Girl rapper, writing, “Congrats @theestallion. You deserve it!” to which Megan replied, “Thank you bardi. I can’t wait for everyone to see us kill it tonight.”

Thank you bardi 😭😭 I can’t wait for everyone to see us kill it Tonight 😛 https://t.co/ACK5YzYmCC

Hip Hop/rap and R&B were heavily represented this year, with the Best Rap Album category including some unexpected nominees such as Royce Da 5’9 and Freddie Gibbs.