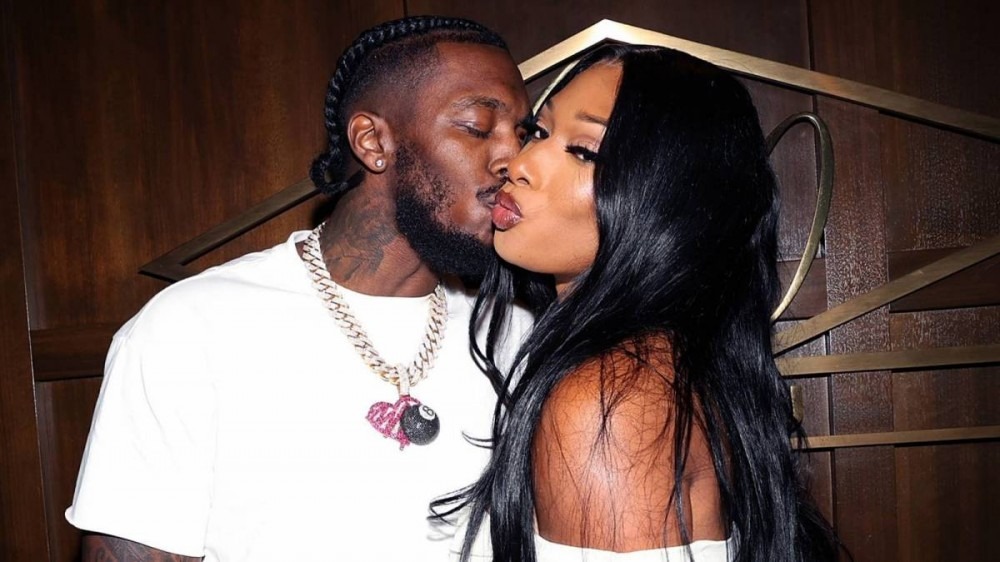 Megan Thee Stallion and Akademiks have been sparring on social media for the better part of Wednesday (February 23). The Houston-bred rapper was furious after the invasive media personality prematurely tweeted about the court finding no DNA evidence on the weapon Tory Lanez allegedly used to shoot Megan in July 2020.

Now, Megan’s boyfriend Pardison Fontaine wants Tory Lanez to fight him. In a series of tweets, the two went back-and-forth with Pardi saying, “@torylanez put the phone dwn let’s link .. you n me .. ain’t nothing to talk about.” Lanez replied, “…. @pardi we’ve had this encounter … u did nothing. put ya phone down big fella,” to which Pardi countered, “don’t tweet nothing else. SEE ME.”

Pardi has entered the chat and addresses Tory Lanez. pic.twitter.com/IrfbHvq64v

Tory Lanez’s felony assault case went to trial on Wednesday, and Akademiks said in a since-deleted tweet there was “NO DNA evidence” found on the gun. Megan was upset by the claim and refuted it on her Instagram Stories, accusing Akademiks of “lying.” But the former Everyday Struggle co-host soon returned with an update on what supposedly went down in court.

“Tory Lanez trial just adjourned until April with Tory’s lawyer telling the court they have completed DNA results from the prosecution which is very pleasing to his client (I saw this doc myself .. it literally says it was inconclusive in finding TORY DNA on the gun or magazine),” he wrote. “Now one of y’all finna tell me my eyes deceived me. I ain’t Trasha K. Stop playin wit me.”

Of course, Lanez is fully supportive of Akademiks’ claim and tweeted, “Ak is telling no Lies.” But Rolling Stone reporter Nancy Dillon begged to differ and tweeted, “There was ZERO mention of DNA at the Tory Lanez hearing today. The report that Tory’s lawyer told court DNA results were ‘pleasing’ to his side is ‘totally fabricated,’ 2 sources tell Rolling Stone. I’m about to receive the transcript, will update. Pre-trial continued to April 5.”

Dillon later updated her tweet and wrote, “I have transcript from court reporter. This is what Tory Lanez’s atty said: ‘We are in the process of actually retaining an expert with respect to DNA. It is our hope that we will be able to review & confirm the LAPD’s analysis, which from our standpoint was favorable.’”

Lanez has since doubled down in an Instagram post, writing, “No lies told…Pardon my back.” Check it out below.