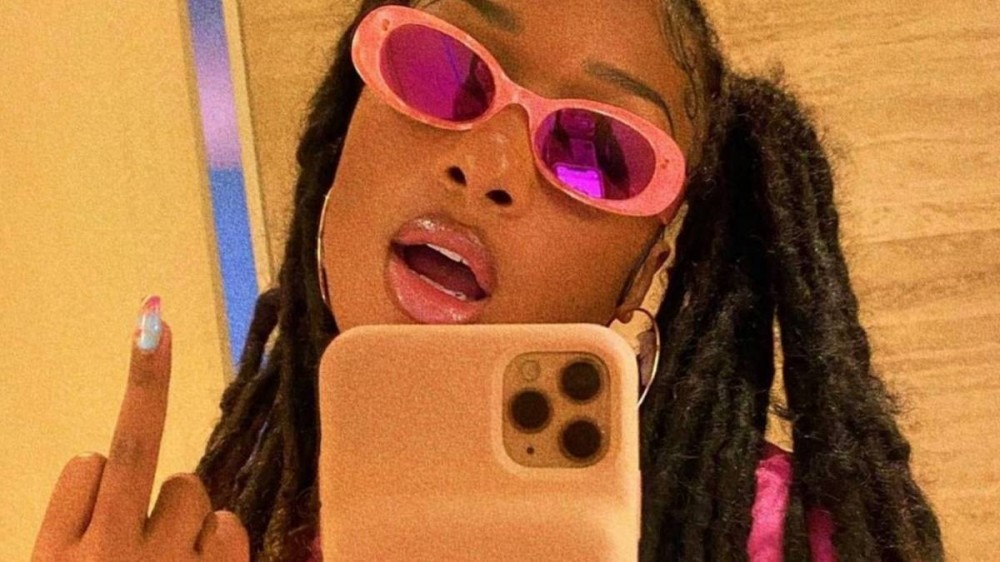 Harris County, Texas – Megan Thee Stallion and her original label home of 1501 Certified Entertainment haven’t been on friendly terms in years and that fact resurfaced on Tuesday (August 24) during a legal battle involving serious crossover potential.

Variety reports 1501 Certified Entertainment CEO Carl Crawford initially blocked the release of the upcoming “Butter (Remix),” a collaboration between the “Savage” rapper and Korean boy band BTS. However, a judge stepped in later on the day and approved its rollout.

In her petition against 1501, Megan Thee Stallion (born Megan Pete) painted the song release as a make-or-break moment for her career.

“If Pete is not allowed to release a new track this Friday on which she is the featured artist in a remix with BTS of the song called, ‘Butter,’ her music career will suffer irreparable damage, including a devastating impact to her relationships with her fans and with other recording artists in the music industry,” part of a legal document obtained by Variety read.

“Such irreparable injury to her personal goodwill and the silencing of her artistic expression in music cannot be compensated in the way of monetary damages. As such, Pete seeks emergency relief from this Court.”

Although initially signed to the independent Texas rap hub in 2018, Megan Thee Stallion quickly ascended to superstardom; even winning back-to-back Level Up honors at the DX Awards in 2018 and 2019 before signing to JAY-Z’s Roc Nation.

According to Crawford’s perspective, that’s when the issues between her and 1501 began.

“Everybody in the industry knows this is what JAY-Z and Roc Nation do: They come in, find the smallest things wrong with the problem — because there weren’t any problems before she left — and then she says that I didn’t want to negotiate?” Crawford told Billboard in March 2020. “OK, tell everybody your definition of negotiating. Your definition is, ‘OK. I’m going to send Suge Knight’s old lawyers to come in, and it’s a stick-up…’ Of course, I’m like, ‘This isn’t a negotiation. This is a robbery.’”

This time around it was Tina Snow who was claiming a crime was set to take place. BTS is a global musical force — ranking as South Korea’s best-selling act of all time and also holding the distinction of having the first Koren platinum album certified by the Recording Industry of America (2018’s Love Yourself: Answer).

In the finale of her court filing, Megan Thee Stallion concluded by reiterating missing the international look would stall her traction, indefinitely.

“The release of new music from Pete is vital to maintain her status as a relatively new but still up and coming artist,” the document continued. “Absent immediate help from the Court, Pete’s art will be impacted, the release of the song derailed, and Pete’s goodwill, reputation, and overall career will suffer detrimental, undesirable, and irreversible harm.”

Check back in with this week’s New Music Friday to hear the now controversial “Butter (Remix).”