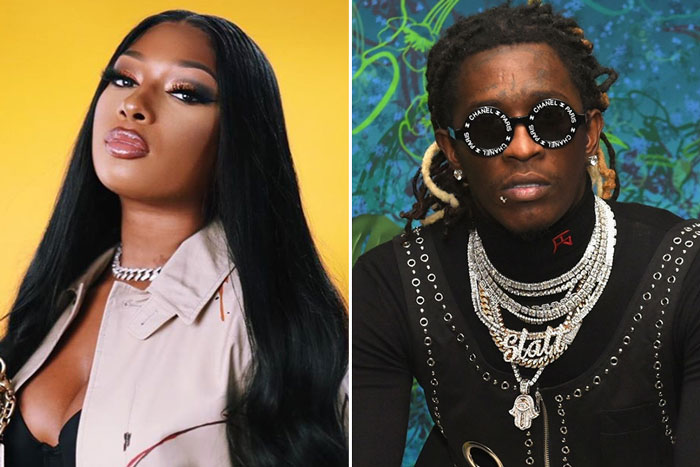 Megan Thee Stallion is not stopping.

After topping the charts with “Savage” and “WAP,” the Houston hottie is readying her next single. Meg has announced that “Don’t Stop” featuring Young Thug will hit streaming services on Friday, Oct. 2. The song was produced by Buddah Bless (Migos, Chris Brown).

She also revealed the Alice in Wonderland-themed cover art on social media.

Meg, who was recently named one of TIME’s 100 Most Influential People in the World, is now working on her full-length debut album. The project will introduce yet another alter ego, who she describes as “the leader of all of them, the boss,” and promises to show another layer to the Hot Girl, with lyrics addressing the Black Lives Matter movement.

It’s been a big year for Thee Stallion, whose Suga EP arrived in March and spawned the chart-topping hit “Savage” with Beyoncé. She returned to the top of the Billboard Hot 100 with her Cardi B collaboration “WAP,” which currently sits at No. 2.

This weekend, Meg will serve as musical guest on the season premiere of “SNL” with host Chris Rock.