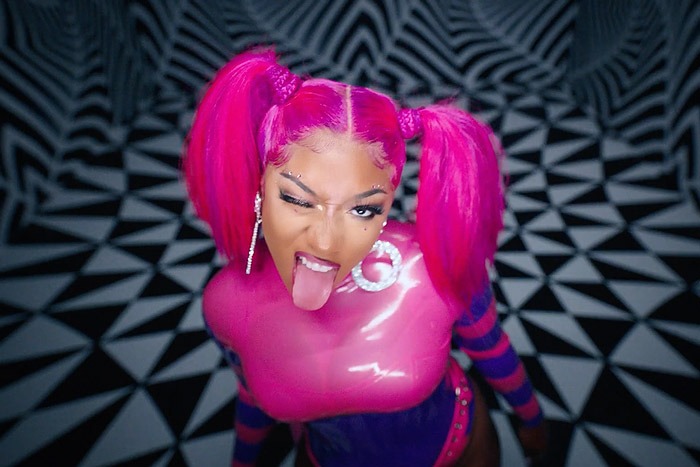 After topping the charts twice this year and gracing the cover of TIME‘s Most Influential People in the World issue, the Houston hottie keeps the momentum going with her new single “Don’t Stop” featuring Young Thug. On the Buddah Bless-produced slapper, Meg takes charge while repping the Hot Girls.

“Don’t stop, pop that cat, just like that,” she raps. “Shake that shit, work it bitch.”

Along with the song, she has debuted an epic Alice in Wonderland-inspired video, directed by Colin Tilley (“WAP”). In the twisted fantasy, Meg plays different roles including a sexy Cheshire Cat, Queen of Hearts, and Alice herself, twerking alongside a cat in one scene. Thugger also makes a cameo as an Edward Scissorhands-type groundskeeper.

“Don’t Stop,” which follows “Girls in the Hood,” is expected to appear on Meg’s full-length debut album. This weekend, she will perform on the season premiere of “SNL.”