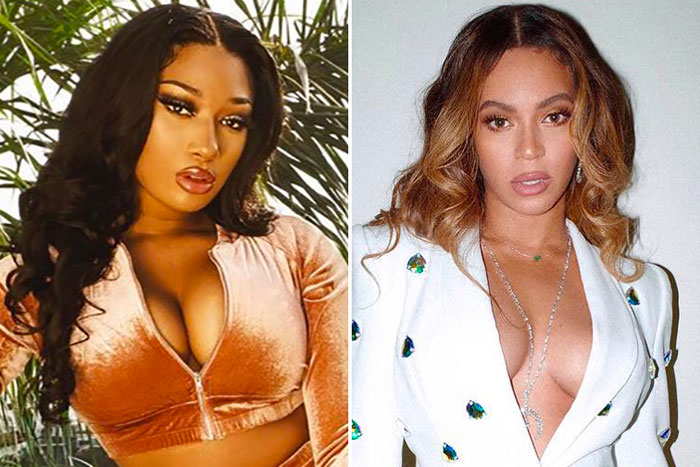 Move over, Ariana Grande and Justin Bieber. There’s a new No. 1 on the charts.

Megan Thee Stallion’s “Savage” featuring Beyoncé rises to the top of the Billboard Hot 100. The track previously peaked at No. 2 following its remix with Beyoncé, and becomes Megan’s first No. 1 on the chart and Beyoncé’s seventh as a solo artist.

It marks a new milestone for Meg, who previously peaked at No. 11 on the Hot 100 last year with “Hot Girl Summer” featuring Nicki Minaj and Ty Dolla $ign. “HOTTIES WE ARE NUMBER 1 ON THE HOT 100 FOR THEE FIRST TIME EVERRRR,” she told her fans. “WE FUCKING DID IT thank you god this is our first but it damn sure won’t be our last ! I love y’all so much.”

“Savage” dethrones Ariana Grande and Justin Bieber’s “Stuck With U” from the No. 1 spot after one week. The charity duet drops to No. 13 in its second week.

Doja Cat’s “Say So” featuring Nicki Minaj holds at No. 2 after hitting No. 1 earlier this month.

Elsewhere in the top 10, DaBaby’s “Rockstar” featuring Roddy Ricch jumps 8-4, The Weeknd’s “Blinding Lights” rises 4-3, and Drake’s “Toosie Slide” moves up one spot to No. 5. 6ix9ine’s “GOOBA” has dropped out of the top 10 after debuting at No. 3 last week.