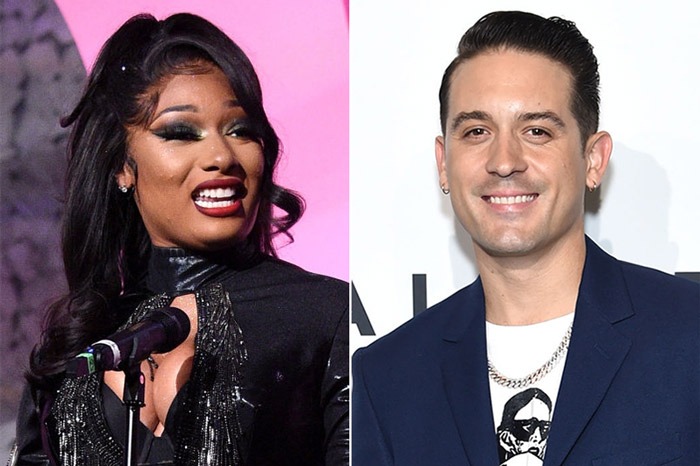 The Hot Girl has spoken.

Megan Thee Stallion is speaking out following rumors that she and G-Eazy are dating. Over the weekend, G-Eazy posted an intimate video of him and Megan cuddled up and kissing. The clip went viral, prompting Thee Stallion to respond. But despite the PDA, Meg says the two are not a couple.

“Lol alright nowww y’all got all y’all jokes out 😂 but I am not fucking G Eazy,” she told her 2 million Hotties on Tuesday.

Lol alright nowww y’all got all y’all jokes out 😂 but I am not fucking G Eazy.

When someone asked why he was “sucking the makeup” off her cheek, she responded, “He like fenty” along with the shrugging emoji.

On Super Bowl Sunday, G-Eazy posted an Instagram Stories video of himself hugging and kissing Megan on the cheek while she wrapped her body around him. The video was eventually deleted. However, G-Eazy also posted a photo of Meg on his Instagram page and captioned it with four blue heart emojis.

The PDA-filled video caught the attention of G-Eazy’s girlfriend Yasmin Wijnaldum, who responded by posting an Instagram Story of herself soundtracked by Hitmaka’s “Thot Box (Remix),” which includes the lyrics: “But you be fuckin’ anything that walks / You got thot cock.” The clip ends with her winking at the camera.

G EASY GIRLFRIEND JUST POSTED THIS ON HER STORY😭 pic.twitter.com/CFsjLGzgb9