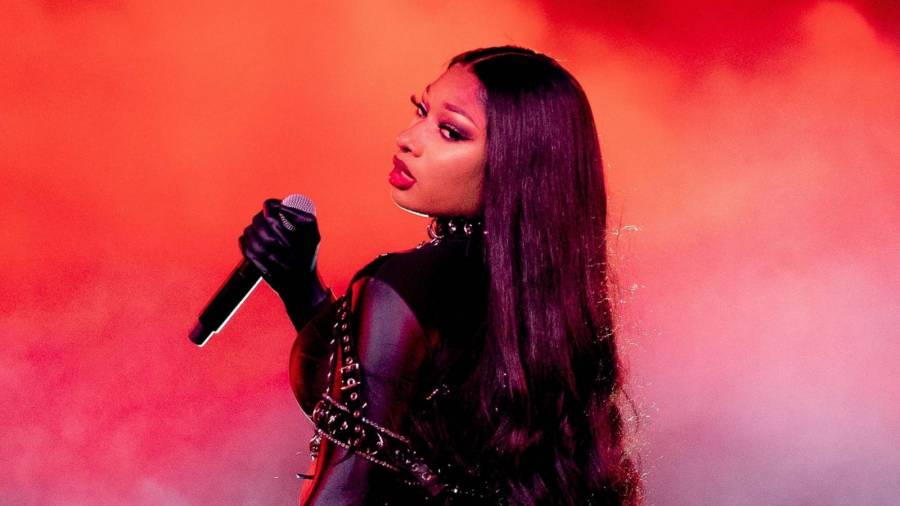 The Megan Thee Stallion and Tory Lanez saga continues — and two of her apparent best friends are caught in the middle. On Tuesday (September 29), Megan’s friend Jaeliey made some wild accusations regarding the night of July 12 when Megan who shot after a night out with Keeping Up With The Kardashians star Kylie Jenner and Lanez.

In an Instagram Story post, Jaeliey slams Megan’s supposed best friend Kelsey Nicole for staying quiet when she allegedly has proof Lanez was indeed the triggerman, something he denied on his new DAYSTAR album.

“Like how tf you so silent you goofy long face bitch,” she writes. “How can you come in my room that day at the LA house and say (verbatim) TORY SHOT MEGAN. you forgot you came back around 4pm after you got dropped off telling me the details bout how he fucking pulled out a gun during a petty argument and he got mad and shot her.

“how tf you let that midget bitch shoot my friend hoe..but now you being quiet?! You coward ass mouse bitch ..really lied to ME of all people about being injured bc Tory was beating yo ass?!? what happened to that? Why you ain’t say shit????? But Meg supposed to be your best friend. That’s not how how best friends work and you know you wrong.”

#KelseyNicole responds after #MeganTheeStallion’s friend #Jaeliey calls her out for keeping silent. (Swipe for previous posts)

But Jaeliey wasn’t finished there and continued to berate Kelsey for her behavior in the wake of the incident. She also insinuated Kelsey was taking hush money.

“God gone handle you for accordingly,” she added. “I also remember you mentioning that they gone to have to ‘pay you or something?? Or you forgot? Thaaat must be where that lil necklace came from..i wondered why you only posted it on FB w that weak ass freestyle.

“Remember how Tory called you and I told you to decline it and we both listened to a voicemail of his ass crying saying how sorry he was  for shooting her and how he was too drunk?  That amnesia a fool huh? Y’all keep asking why Kelsey silent?! Well talk now bitch. Karma gone fuck you ms girl.”

Kelsey Nicole did ultimately speak up and returned fire with another Instagram post, writing, “Get home girl to 10K. Goodnight y’all. When I’m ready to speak my truth, I will. Until then, keep throwing rocks. I’m nothing everything.”

On Lanez’s side, not only did he deny shooting Megan on the DAYSTAR song “Money Over Fallouts,” he also promised he’d “prevail” over the entire situation in an Instagram post.

“I don’t move on social media’s time,” he said. “I move on Gods time. I don’t operate in fear, I operate in FAITH. I don’t bow down to the lies of man. I stick with the TRUTH of god. And for those reasons, it doesn’t matter who rises against me in this hour and small season. BIG OR SMALL OBSTACLE … I will PREVAIL and RISE to GREATNESS as GOD SAID I WILL.”

Megan has remained relatively silent regarding the DAYSTAR album in the wake of its release. On Saturday (September 26), she appeared to make a slick reference to it while promoting her latest Fashion Nova endeavor.