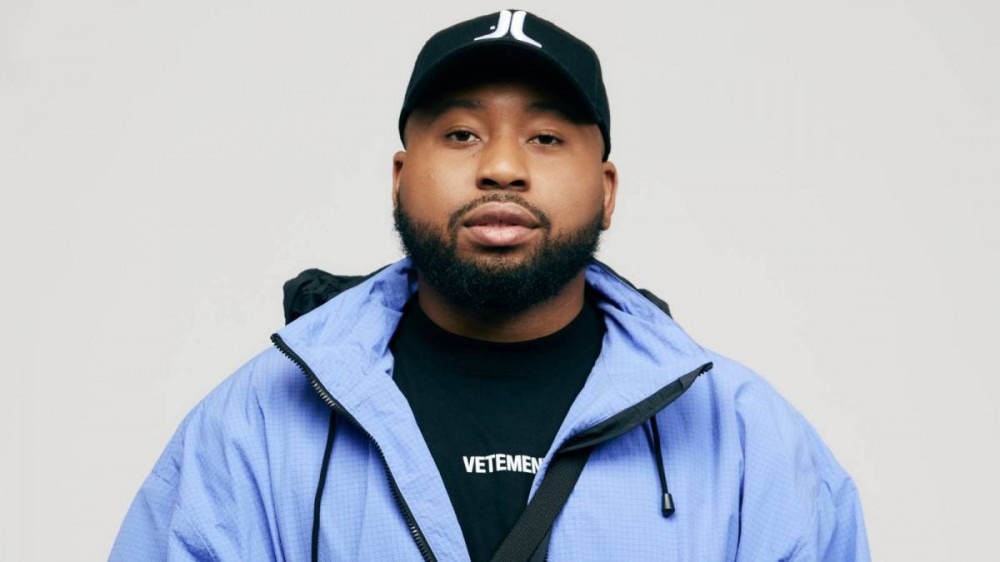 Exclusive – DJ Akademiks has a polarizing affect on people — he’s either loved or hated (or maybe even a little of both). From his time on Everyday Struggle with Joe Budden to his new podcast Off The Record, the media personality hasn’t taken his foot off the gas since he became enthralled with Hip Hop at a young age. In the meantime, he’s amassed a massive Instagram presence with over 4.8 million followers as well as 389,000 followers on Twitch.

Born in Spanish Town, Jamaica, Akademiks (real name Livingston Allen) didn’t emigrate to the United States with his family until he was in high school. On track to become a doctor, he attended Rutgers University where he earned a Bachelor’s Degree in Biomathematics — hence the name Akademiks.

“That’s really how the name arrived,” he tells HipHopDX in a recent interview. “I used to go by a different name before. But I relate to the name Akademiks because I realized my career path and what my passions were didn’t really align. So what I did was, I was like, ‘Yo, I’m going to just name myself as this super smart, academically-inclined type of dude.”

Akademiks slowly started figuring out what drove him — and it wasn’t becoming a doctor anymore. Music and computers proved to be his calling, so he began producing beats.

“I always told people, the path to me getting to where I’m at now started off with trying to figure out a path at first,” he explains. “I was always into computers, so I would play video games a lot. But then I really started taking a liking to music, and I’m like, you know what? I can’t see me being a rapper. But you know what I can see me being? The producer.

“And I ain’t going to lie, Kanye West kind of inspired that. We’re going back to like 2007, 2008. I’m trying to cook up beats. I’m trying to speed up samples. I’m trying to do all that. One of the things I started realizing, I’m bad with networking. I’m just not the person who’s going to be at all the parties, meeting the local rappers, being able to spread my beats and stuff like that. But I started selling them online.”

After finding moderate success with that, it still wasn’t enough to pay his bills. He admits he only saw a one percent growth rate over four months in terms of sales, so he had to go a different route. At the time, he was still at Rutgers and due to a hazing incident, all the parties on campus were shut down. So Akademiks took over and began throwing parties himself. Without a DJ, he decided to step behind the decks. But it wound up becoming more than a hobby.

“I’ve always looked at it in terms of a business structure or try to make a business out of it,” he says. “I’ve always been told the ultimate goal in life is to make whatever is your passion a business. Now I’m getting booked at different colleges. I tell some people on my team, ‘Yo, I’m Jamaican. We’re known for wild parties. And the parties we’re throwing are super wild as well. People loved them.’”

Akademiks decided to film his sets and upload the videos to YouTube. For whatever he lacked in networking, he was able to make up for with the videos. Now, people were coming to him.

“I was still trying to find a way to break through that next ceiling, and I was like, ‘Well, let me compare this back to the culture which I grew up in,’” he continues. “I was an unorthodox DJ. In the Jamaican culture of dancehall, the DJ is called selecta, and that person is really the master of ceremonies of the party. They only play music, but they’ll stop and do a five minute diatribe. It’s really cultural and spiritual like that, so I started talking more on the mic.”

Akademiks had also been dabbling in college radio, but he was ultimately kicked off for his colorful commentary and some of his Hip Hop selections.

As he explains, “Understandably so. The station wasn’t really meant for the format that I was trying to use it for. It was a college station, which means you could play anything. It was kind of an open format, but mostly people play like rock and roll and jazz and that type of stuff.

“One of the songs that got me kicked off for the last time was Big Sean’s ‘Ass Ass Ass.’ With all the FCC rules, that was it. It was just a bunch of drama, so I understood. And one of the reasons I was OK with leaving as well is, as I was yearning and searching to try to amplify my voice, even after being on the college campus station, which we’re gaining some steam, I started to upload those episodes, which was just our weekly radio show online. I started putting them on a YouTube channel.”

That’s when he realized he could reach infinitely more people with YouTube than radio, and his audience began to grow. Fast-forward to 2022 and Akademiks has 2.65 million YouTube subscribers and his Off The Record podcast has been picked up by Spotify. On Wednesday (May 25), he’s speaking with rapper Buddy about a myriad of topics. The live episode kicks off at 7 p.m. EST.

Check back with HipHopDX soon for Part II of the Akademiks interview in which he’ll discuss his friendship with 6ix9ine, war with the Barbz and much more.