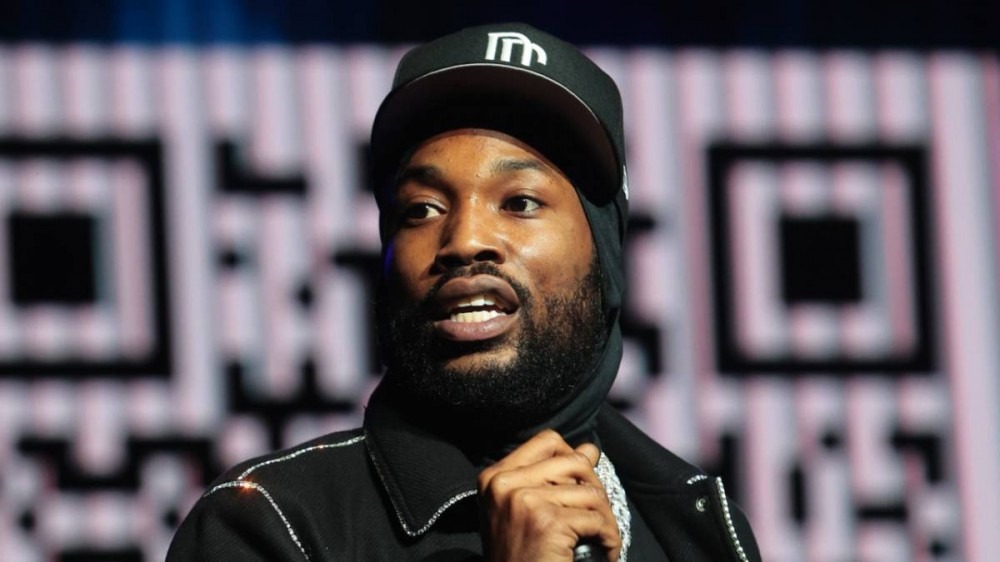 Meek Mill hit the gym to put in work on his summer body on Monday (June 13), but he didn’t quite get the results he may have been looking for.

In a video that went viral on social media, the Philadelphia rapper flexes his strength by hoisting a barbell above his head using just one arm. Meek wasn’t concerned with maintaining perfect form, though, as he awkwardly angled his body to pump out the reps.

The same could be said for the barbell, which wobbled throughout the exercise and had a plate at either end.

Meek Mill shows off his strength in the gym 🏋🏾‍♂️ pic.twitter.com/PH6ehoFEP1

As the clip made the rounds online, the social media peanut gallery couldn’t help but poke fun at Meek Mill’s awkward form and the potential damage he might have been doing to his body.

“N-gga not gaining nothing from this but scoliosis,” one Twitter user joked, while another quipped, “spinal cord is about to have some Expensive Pain.”

One person even likened Meek’s shirtless frame to that of an Annelid from the Men In Black series.

Nigga not gaining nothing from this but scoliosis https://t.co/quEHsq83Fu

spinal cord is about to have some Expensive Pain pic.twitter.com/9jBnX5p9lw

Why Meek built like those lil aliens in Men in Black ? pic.twitter.com/xA6qeGPbeB

Despite the injury concerns, there might actually be some merit to the exercise Meek Mill was performing. Known as a javelin press, the old-time sideshow strongman-style move is designed to strengthen the shoulders and core and improve wrist and grip stabilization while reducing the strain on the shoulder joint, according to Men’s Health.

The lift has gained popularity in recent years thanks to former NFL linebacker James Harrison performing it with a 135-pound barbell during a punishing workout in 2015.

This isn’t the first time Meek Mill has made headlines for his gym antics. Despite hailing from the city that birthed boxing legends such as Bernard Hopkins and Joe Frazier, the MMG MC’s skills in the ring have provided more ammo for internet comedians over the years.

However, it’s hard to argue with Meek’s athletic ability when it comes to gymnastics; he’s gone viral not once, but twice, for pulling off flawless trampoline front-flips at 76ers games.

Check out more reactions to Meek Mill’s weightlifting workout below.

he dropped that shit at the end because he turned his spine into an accordion https://t.co/Nzx5ipPoQs