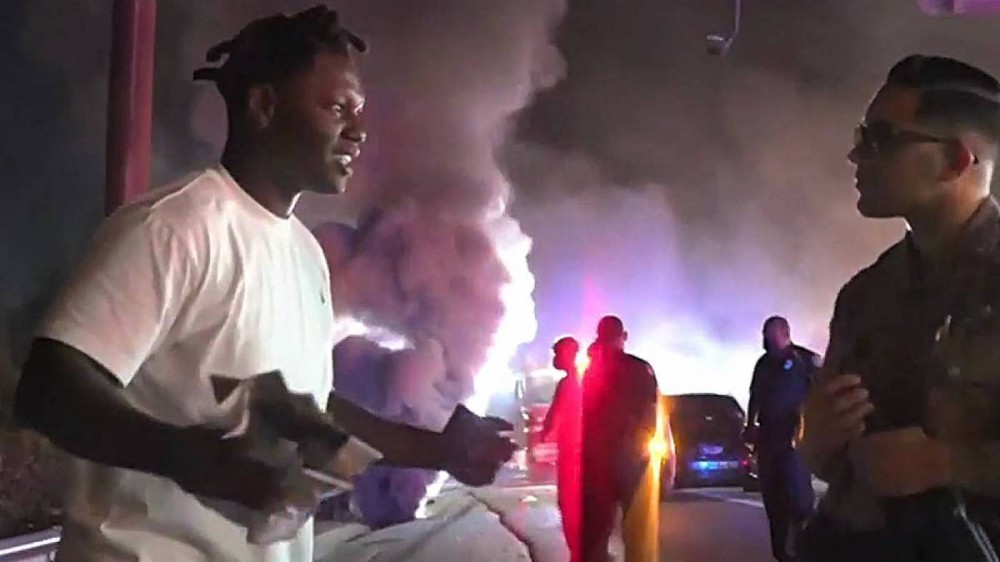 Miami, FL – An artist signed to Meek Mill’s Dream Chasers label is lucky to be alive. According to the Miami-Herald, North Florida rapper TAFIA escaped a fiery crash in Miami on Thursday (April 15) around 3:30 a.m. local time that had traffic backed up for hours.

TAFIA’s crew was following him on State Road 112 when the crash occurred. He told a trooper another vehicle had cut him off, so he turned right. That’s when the tractor-trailer’s driver appeared not to see him and turned right too, sandwiching TAFIA’S SUV against the barrier wall.

TAFIA’S friends told Local 10 News reporter Parker Branton TAFIA sustained some minor cuts and burns but otherwise was OK. He was treated at the scene and released. Investigators are working diligently to determine who exactly was at fault for the accident.

Not long after the scary incident, TAFIA confirmed he’d actually gone to the hospital following the crash.

“Leaving the hospital,” he wrote on Instagram. “Thanks for all the love! I’m big taf doe…18 wheeler can’t take me out.” He added in the caption, “God got me!”


Meek Mill signed TAFIA to Dream Chasers last year after got on his radar with a slew of mixtapes. His video for “Ran Thru” was released in February 2020. His most recent single, “Hellcats & Trackhawks” is out now. Find it here.