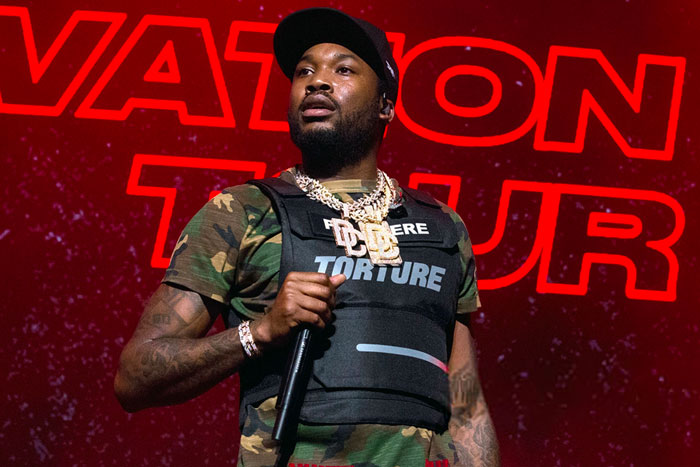 Meek Mill is back in beast mode.

While posted up at a home studio, the Philly rapper dropped a new freestyle over a beat he discovered on YouTube. On his nearly two-minute flow, which he shared on Instagram, Meek raps about his family (“I know my mama, she’ll save me if she could / But I’m just too misunderstood”) and alluded to his breakup with Milan Harris, with whom he fathered a child (“When shawty said it’s love forever, I’m like, ‘Yeah, you sure?’”).

He also addresses fake friends (“I don’t trust ni**as I grew up with on the playground”), envy, and his come-up. “I’m way up, outta here,” declares Meek.

His freestyle received props from his friends including Ty Dolla $ign, Nav, and Lil Baby, who wrote, “The fucc you waiting on.” Meek responded, “I needed a break I’m back now!”

This is the first music Meek has dropped since “Otherside of America” in June, on which he confronted racial injustice. In May, he teased a song called “How You” featuring Vory off the upcoming Dream Chasers playlist.

Meek is also set to make his acting debut in Charm City Kings, which premieres Oct. 8 on HBO Max.