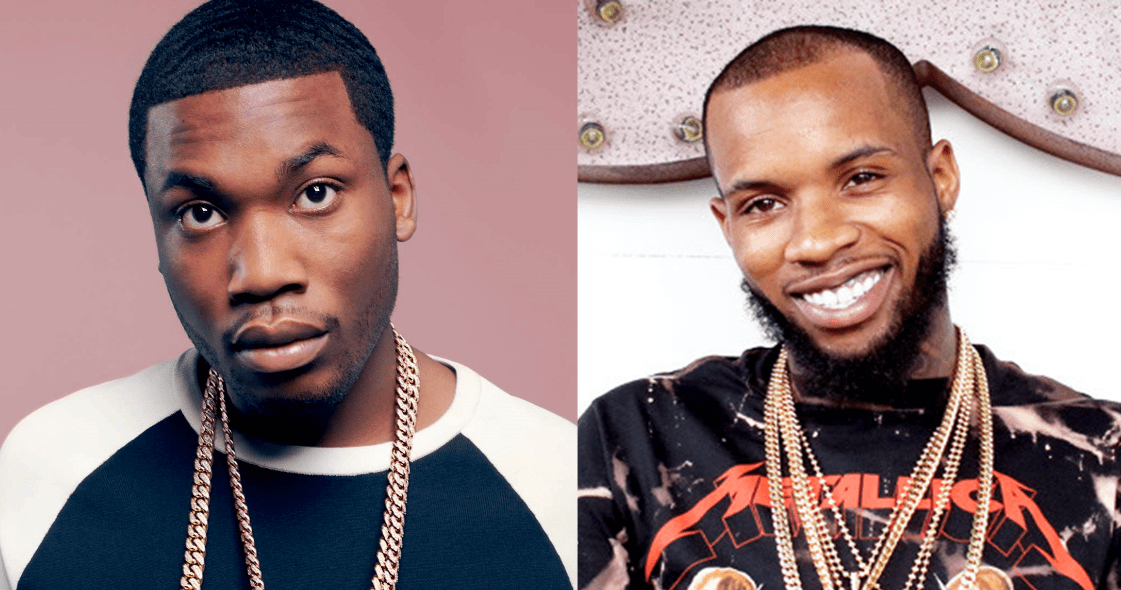 Meek Mill may be recognized as a humanitarian after being given the Nelson Mandela Award for his social justice advocacy, but if he doesn’t rock with somebody, the Philly rap star doesn’t hold his tongue or his fingers to let it be known.

After posting about being the recipient of the NMHA on Instagram, troubled rapper Tory Lanez made the mistake of trying to correct Mill’s “Smith and Western” spelling, which led to the online rift between the two rappers. After the shooting incident where Megan Thee Stallion was shot in her foot, No one, including Meek, was willing to hear Lanez even mention a gun.

Mill verbally chastised Lanez, saying “Stand tall Tory. It’s kinda deep you tryna help me wit my spelling, and you know for a fact I don’t f**k wit you right now..” The newly recognized humanitarian ended the back and forth saying, “If y’all guys really rich why y’all acting like we cool on the net and you know we not, do you… and stay out of street business when we talking about them blowers.”